The essay explores representations of financial and economic world crisis in the Italian media system from 2008 till 2010. Some interesting elements come out of a research focused on: a) the trends of daily information flow on main newspapers and TV news, both on public (RAI) and commercial networks; b) a sample of best-selling weekly magazines (informatives, supplements to daily newspapers and tabloids); c) political talk-shows and infotainment TV programs. On the one side, despite inadequate coverage of the crisis in the TV news-bulletins, the system as a whole proved quite capable of adequately covering the issue. The result was obtained by integrating specialized and thematized analysis offered by the newspapers with the contents transmitted by some popular magazines and TV programs, which made a very complex issue more visible and understandable to the broader public. On the other side, various problems emerged both with respect to political journalism and the popularization process. While the Italian political journalism still suffers from partisan behavior, popular media seem to be often prone to oversimplification and keen to a merely spectacularised way of managing communication. 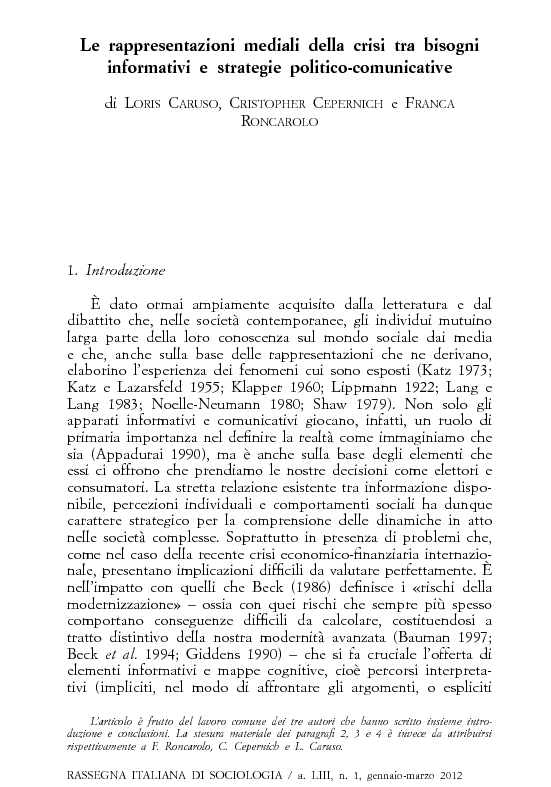