Madness was, and still is, the figure emblematically representing otherness within the "social control" format of a social order, being fabricated through segregation, by law and science, within the asylum's walls. After recalling (1) the intertwining between the walls of total institutions and the otherness they shape, the paper deals with the otherness which is correlative to the «new walls», proliferating in far different contexts in the global scene. I firstly argue (2) that what is new is that walls are now functional not to segregating individuals in a space designed for treating them, but simply to dividing a territory. Barriers, and similar spatial devices, appear to enforce and multiply spatial separations that on the contrary design a social order exempted from whatsoever treatment of people. I then outline (3) a new configuration of otherness, which is taking shape through the setting of a distance, which establishes a both cognitive and moral ignorance against the other. This «radical» otherness, I argue, is correlative to a power exerted by denying any, even stigmatizing, recognition. Finally (4) I discuss how and why resistance to this power is to be taken into account when researching the otherness related to it. 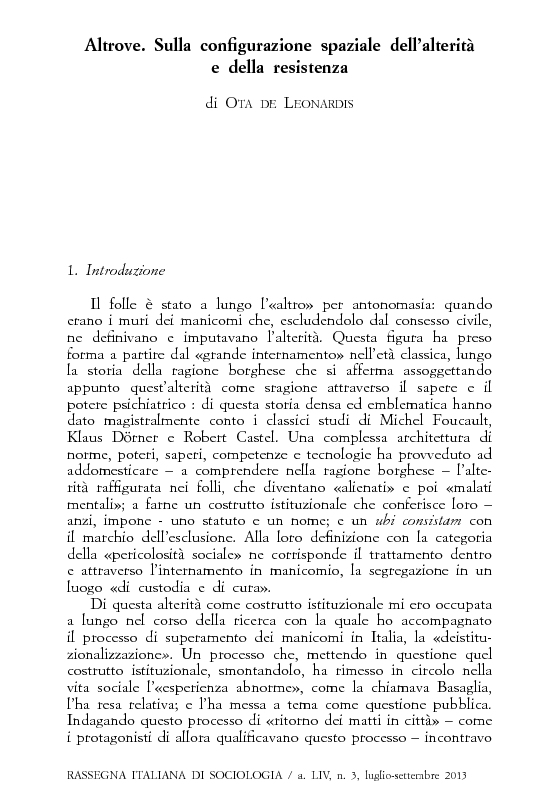