In the context of increasing digitalisation of portions of everyday life, this paper analyses the use of data and the process of data production itself as boundary objects. In this case study, data deal with private households' electricity consumption, asking if consumers will change their conduct when they are confronted with real-time and dynamic consumption's data visualization. Such a reflexive socio-technical approach is symptomatic of the development of trace-based regulation of practices. Based on an experimental case study of reflexive visualization of electricity consumption, the paper shows that data building process has to be analysed too, since data are produced by a network of actors who performed translations on data itself. Then data are boundary objects that are translated, i.e. decontextualised to be recontextualised again. That is why according to some conditions only, such encounters could constitute particular types of subjects and attachments, which we call «quantified selves». 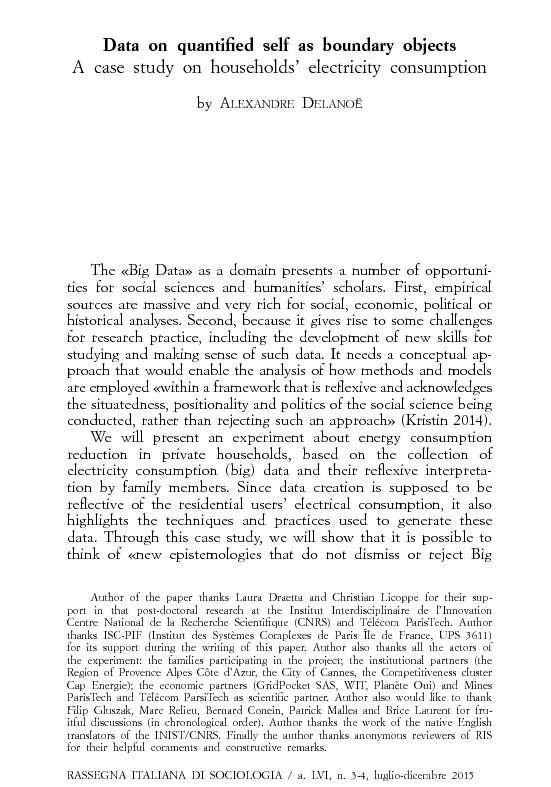