The article elaborates on the current debate over the commons and its genealogy. Hardin's formulation of the issue emerged in the context of a «limits to growth» problematization of the social, economic and environmental crisis of embedded liberalism. Backdrop of Ostrom's work, instead, is the post-Fordist reorganization as «growth of limits», with ensuing preoccupations about the consequences of a complete commodification of the socio-ecological bases of capitalism. Growing relevance of the notion of «commoning», whereby commons become an alternative, rather than a complement, to State and market, signals a further shift in the debate, in a context of unprecedented plunder of human and non-human value. However, critics share with current capitalism a vision of a fully domesticated reality, amenable to limitless transformation. This troubled state of affairs urges further inquiry, beyond a «double movement» account of capitalism versus commonization and towards a post-Polanyian «triple movement» perspective. The special issue contributes to such an endeavour, offering novel insights into the challenges and opportunities of the commons in a fast-changing social, technological and ecological landscape. 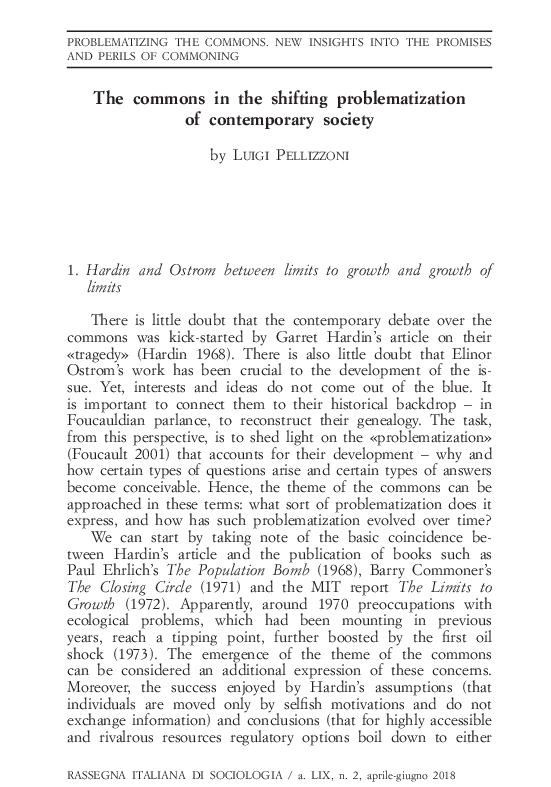