Data constitute both a form of power, through which people and territory are regulated, and a valuable economic asset for improving the efficiency of markets in the knowledge economy. Therefore, there are two different conceptions of data: as a commodity to be exploited through market-oriented value extraction processes; or as a commons, a free and accessible non-rivalrous resource for the welfare of the community. This ambivalent nature of data is reproduced in the rise of the open government paradigm in 2009, during the Obama presidency. Since then, more and more countries have decided to adopt strategic plans for the openness of public sector information, but there is insufficient analysis of the models adopted and the outcomes, especially from a sociological perspective. Looking at how different countries are implementing the open government data paradigm, can we always talk about data as a commons? Can we speak of varieties of open government data systems? Searching for an answer we adopted a comparative method, selecting fifteen countries with homogeneous geographic, socio-economic and institutional characteristics, and building on the comparative political economy approach and Ostrom and Hess's IAD framework. 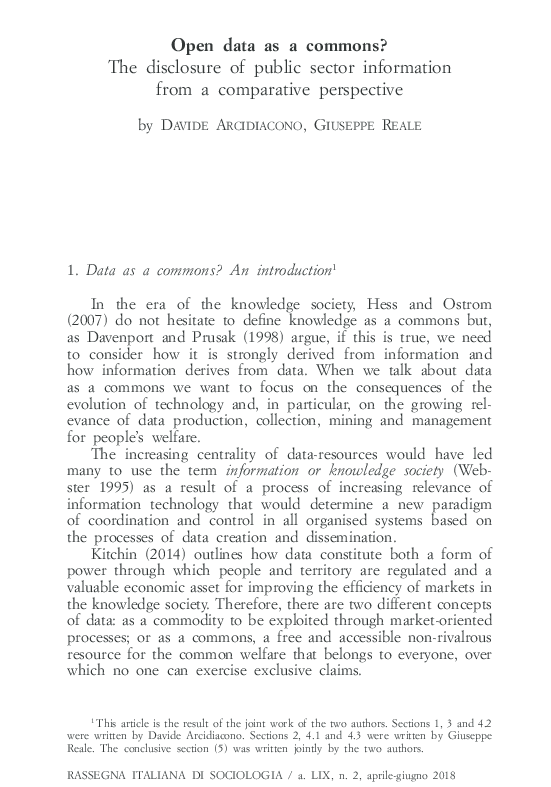