Based on survey data taken from research conducted in 1999-2000 in Italy, the essay explores the relation between the three dimensions of social capital identified in the existing literature (the associational, trust and moral dimensions) and between social capital, considered as a whole, and political participation. A first result shows that it is not the participation in associations in itself that generates generalised social (interpersonal and institutional) trust. The participation in associations fosters, instead, trust in some, specific, institutions. In addition, only certain particular types of association, such as religious ones, have a positive influence on the formation of generalised interpersonal trust. A second result concerns the role of civicness, understood as a moral dimension and inclination to pursue the public good. This shows a strong, positive, autonomous impact on institutional trust, but not on generalised interpersonal trust, which appears to be influenced strongly by other factors. A third result concerns the link between social capital and political participation. Political participation is nurtured above all by participation in associations and politically and ideologically oriented values and sensibility, while generalised social trust and civicness, i.e. common norms and values, do not seem to play a significant role in it. Trust, associational networks and civicness do not therefore always go in the same direction and do not have the same relations with political participation, with which there may even be tension. 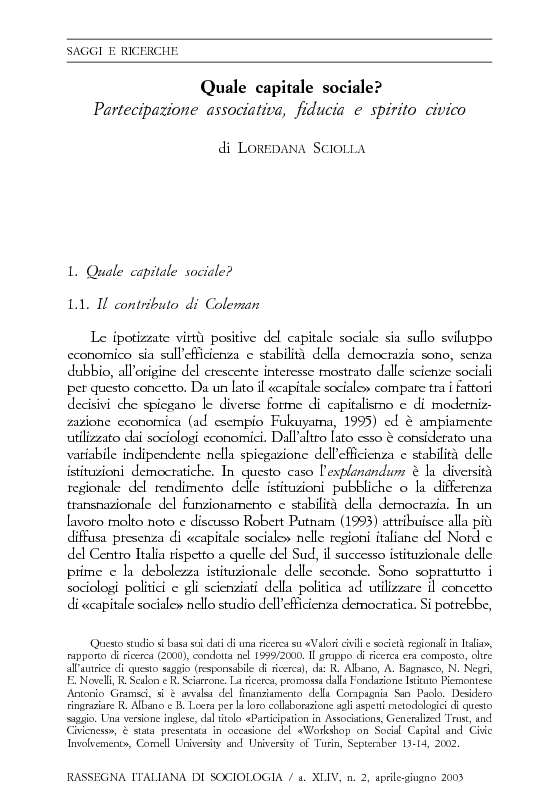