This article investigates the presence of a territorial heterogeneity and of a contextual effect in Type 2 Diabetes Mellitus in the City of Milan. Type 2 Diabetes Mellitus is a growing health problem worldwide, whose onset is largely determined by an unhealthy lifestyle, as defined by an unbalanced diet and poor physical activity. Being such habits and behaviours more rooted in the most socially, economically, and culturally disadvantaged people, a clear social gradient is visible, with the disease mostly occurring in subjects of lower socioeconomic status. The onset is also determined by the characteristics of the urban environment of residence, such as green spaces, walkability, the food environment, and the availability of services and amenities. To date, there is no empirical evidence concerning the Milanese case. This study aims at shedding light on the phenomenon investigated by integrating administrative healthcare data from the Health Protection Agency of the Metropolitan City of Milan with data from the most recent population census. Multilevel regression models show higher risk of onset in the most disadvantaged areas, regardless the socioeconomic and demographic profile of their inhabitants. This highlights the needs to conceive territorial policies in order to tackle the spread of the disease and its related inequalities 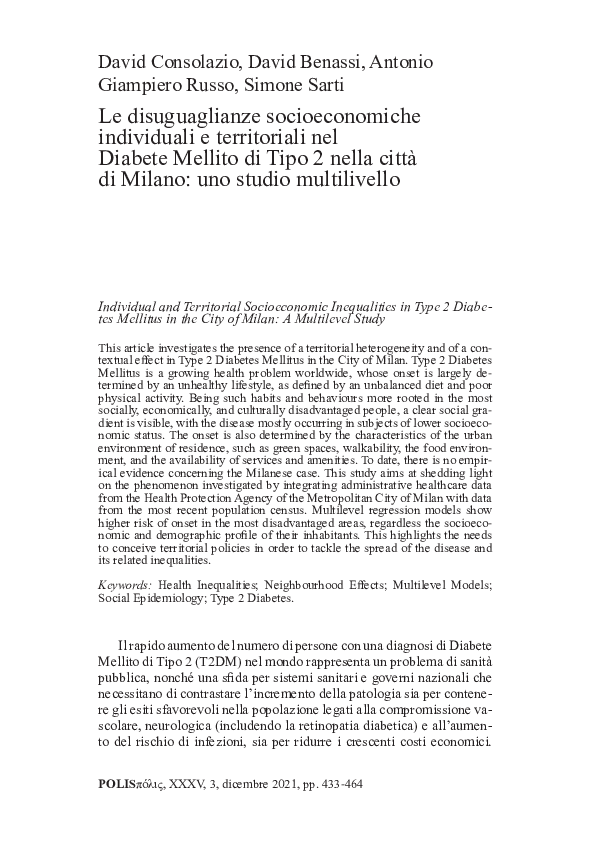