The article reports findings from a survey, carried out on Italian MPs of the 13th legislature, on how politicians' perception of the characteristics of the electoral market. After a short review of the theoretical and empirical background and a discussion of the importance of this perspective of analysis, the article presents data on the way MPs describe the relationships between parties and social organisations. MPs show ambivalent attitudes: they state that the relationships at the national level among parties and interest groups are weaker if confronted to those of the "golden age" of parties, but also that parties remain a fundamental link. MPs declare that they have carried out an electoral campaign that was mainly focused on national issues. MPs, as candidates, have chosen a strategy of "selective emphasis", stressing those issues that voters consider to be a priority. The alignments at the constituency level during the electoral campaign are quite strong and similar to those at the national level. MPs describe an electoral market that is dominated by short-term factors such as television, personalisation, irrationality, and particularism. 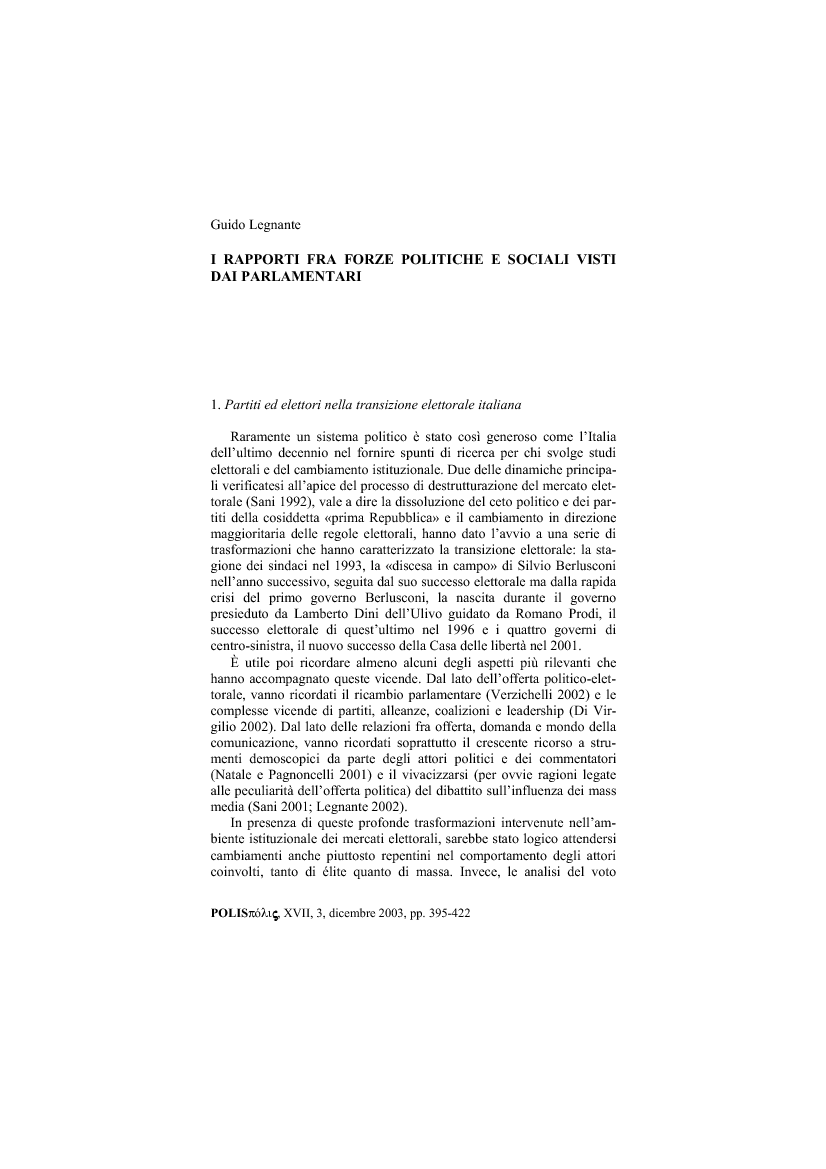