This article addresses the issue of membership participation in party life, with particular attention to party incentives to recruitment and active participation. The incidence of collective incentives, selective incentives, and altruistic concerns in party membership recruitment and activism is assessed through an analysis of data from a 2001 mail survey of Alleanza Nazionale (An) members. The main findings reveal that An members are prevalently motivated by collective incentives reflecting very positive at-titudes towards party values, policies and activities. This seems to find expression in comparatively high activism and expectations about the role of the membership. Such attitudes are consistent with membership notions that are typical of the mass-party model, one that has clearly been abandoned by An, specifically through a reduction of members' impor-tance and powers. The party's persistent failure, or refusal, to change this state of affairs is probably responsible for the evident sense of frustration experienced by its members and revealed by our data. Such frustration is particularly visible among the older members, those who started their militancy within the ranks of An's predecessor, the Movimento Sociale Italiano (Msi), whose organisation was closely structured according to the mass-party model. 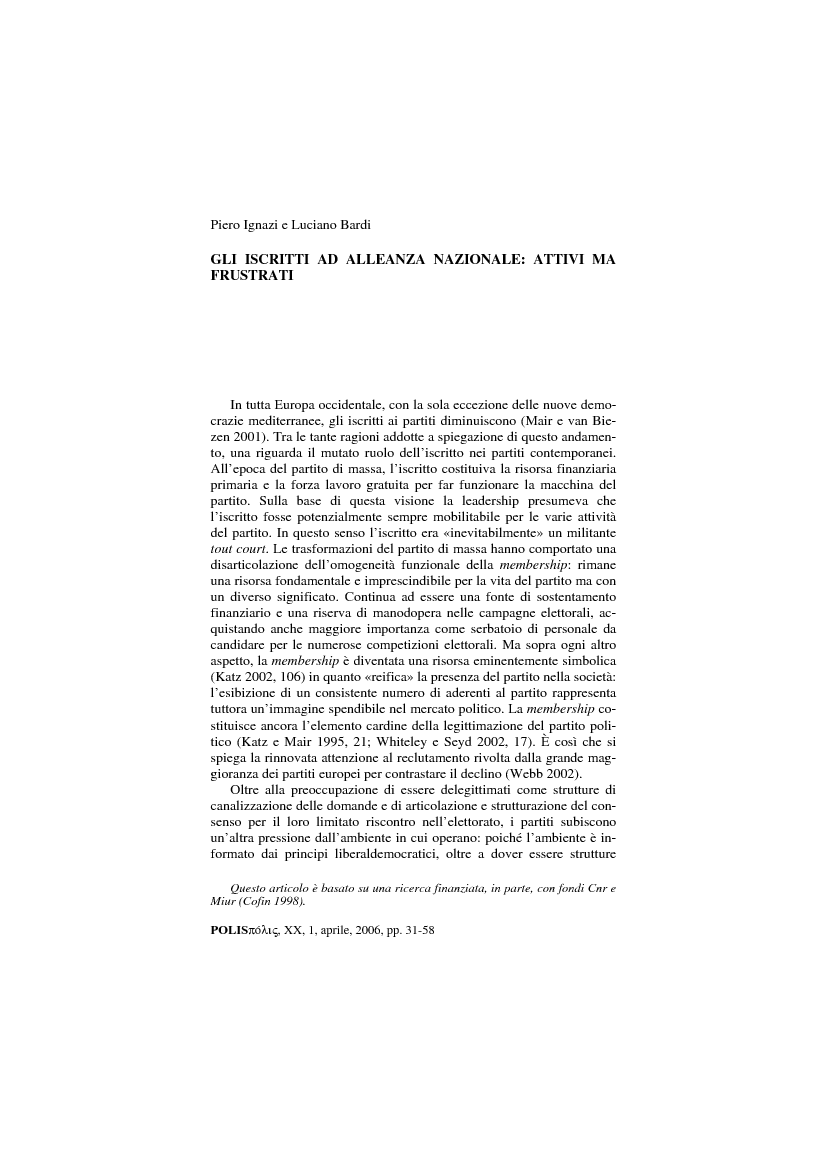