The article attempts to identify and describe the specific characteris-tics of Brazilian transsexual migration in Versilia (Tuscany). It addresses three core questions: why Brasilian transsexual decide to emigrate; who arranges for their travel and mediates their insertion in the prostitution market; and what are the problems this group has to face in its relations with the host society. The condition of being a transsexual is a crucial variable and a source of specific difficulties. Usually, economic reasons account for the decision to migrate to Europe, even though family rejec-tion of a child's sexual identity, discrimination and violence are also mentioned. Their travels are sustained by networks of co-national trans-sexuals, and debt is contracted in order to come in Italy and work as a prostitute in Versilia. Yet, compared to Nigerian female prostitution, conditions of exploitation are less harsh. Finally, interaction with the lo-cal population, especially in small centres, while not conflictual, is far from fostering any form of integration. 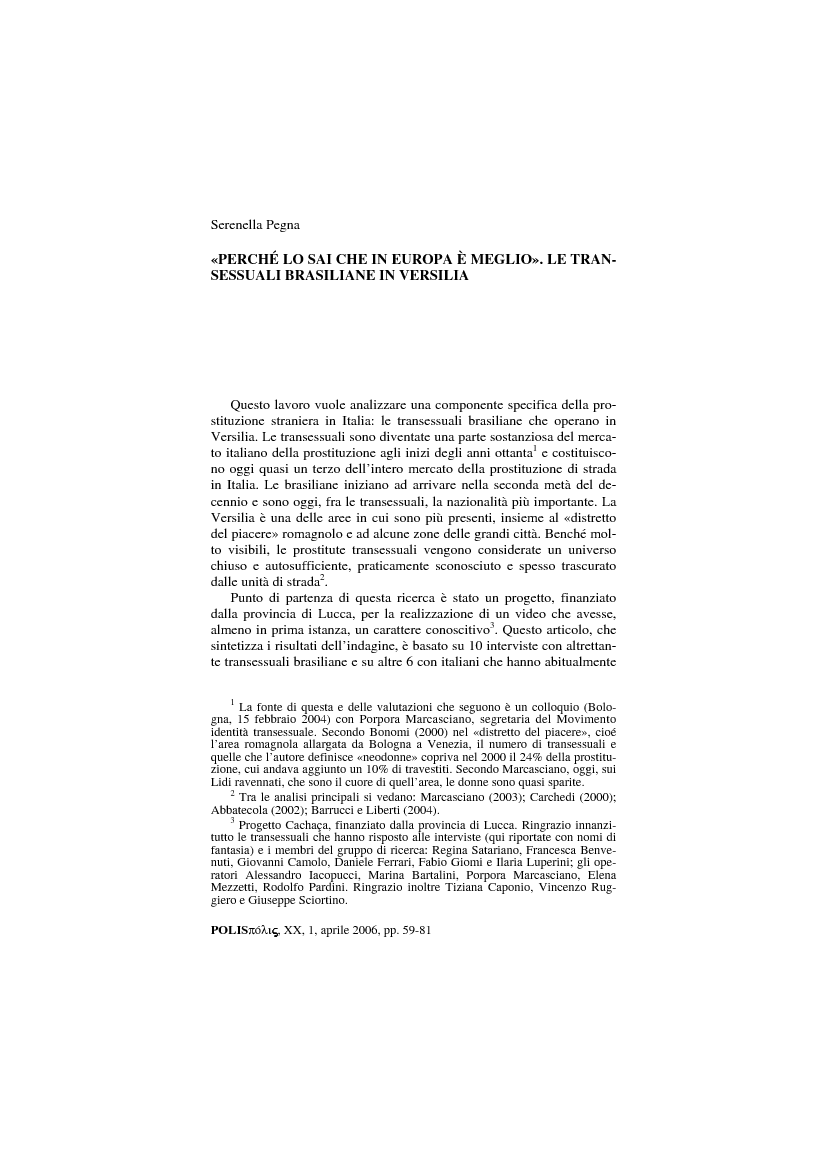