Saints performed miracles because people expected that they would. These expectations stemmed from the general knowledge that saints had already done things of the sort, both while alive (in vitam) and after their death (post mortem). In the Seventeenth century, the Catholic Church allowed miracles to become public only during canonization trials, and knowledge of miracles entered the public domain through the efforts of the candidate's acolytes, or early supporters. By spreading information about miracles a candidate had performed, acolytes created expectations that the candidate would perform new miracles post mortem. This paper argues that it was the acolytes themselves, by conditioning the expectations of people and by performing rituals in the name of the candidate to heal the sick, who created the post mortem miracles that knitted people together into a community of believers that sustained the candidate's reputation for sanctity. By orchestrating the timing and location of canonization trials and dictating when acolytes could be active in a community, the Church manipulated expectations of people, which resulted in the occurrence of more miracles attributable to a candidate. The analysis of 460 miracles described by more than a thousand individuals yields insight into the collective dynamics that produce social facts. 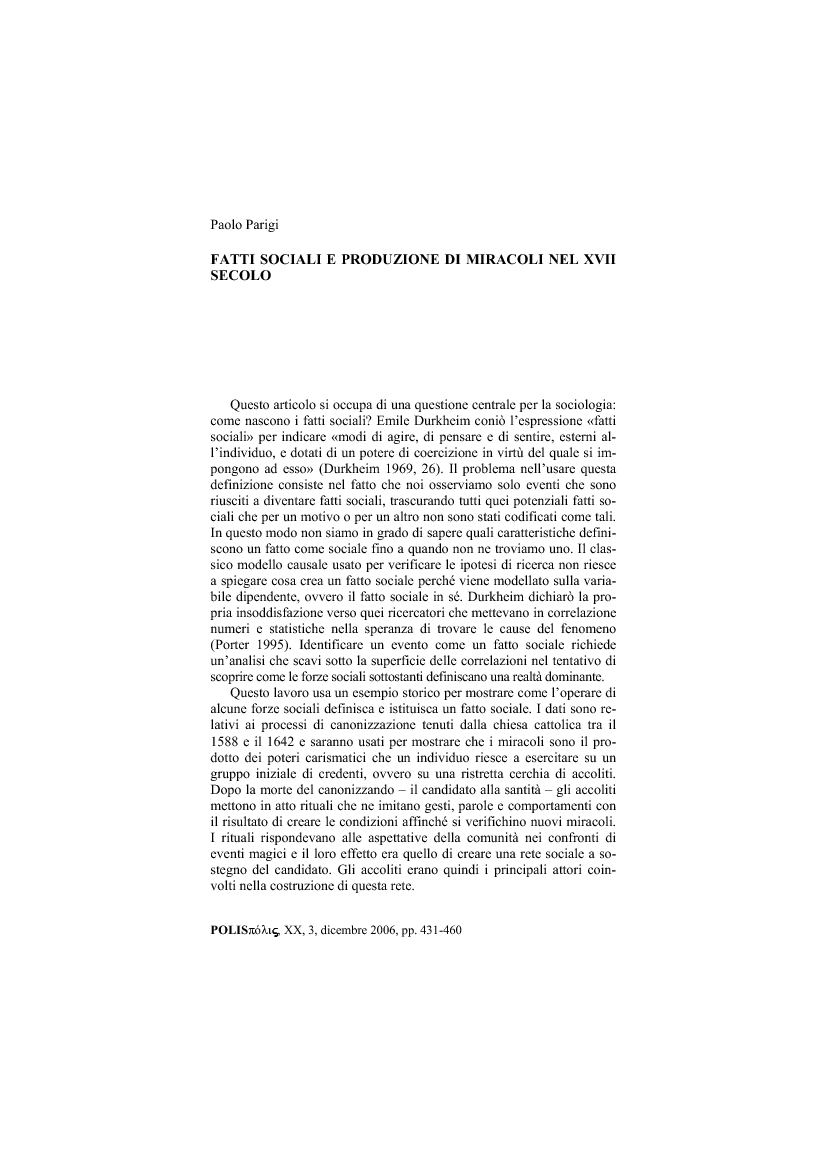