The repression of an entire current of antimafia literature, ranging from the nineteenth century until the 1970s, is a theme which must be addressed by the scientific and civil community. Why did this repression occur, and why did it occur immediately after a series of (failed and successful) bombings 1992-93 opened a new season of intellectual and civil commitment against the mafia? This essay attempts to supply an answer using the theory of the «G effect»: G as "generation", the rapid and sizeable entry of new social scientists and journalists into a field of commitment never practiced before or at least not to the same degree; G as "giustizia" (justice), the tendency to consider judiciary documents as the most important scientific source of knowledge (especially after the deaths of great judges such as Giovanni Falcone and Paolo Borsellino); G as "Google", the tendency to build bibliographies with faster means, supported by data transmission technologies and keyword search resources, rather than through long study experiences. The author underlines the importance of not losing the substantial cultural heritage built up over time by the scientific community. 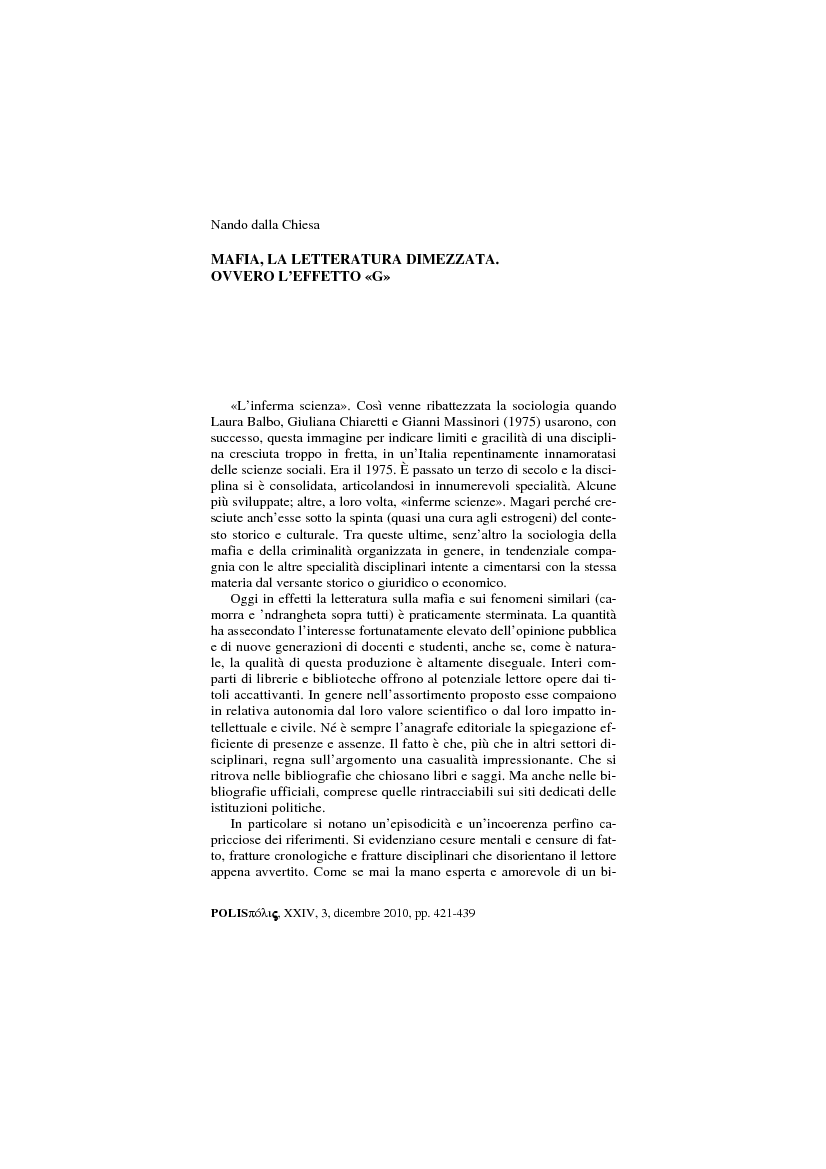