Moving from a critical reading of Nando dalla Chiesa's criticism of current social research and sociological literature on mafia, the article discusses the impact on that research of generational change in the scientific community («generation effect»), cultural and artistic production («Gommorah effect»), and the growing circulation of ideas and persons («globalization effect»). Suggesting the existence of a «gender effect » as well, the article concludes with a general reflection on the effects that the growing presence of mafias, and the growing literature on mafia, all over the world are producing and will possibly produce in the future on social science paradigms and assumptions. 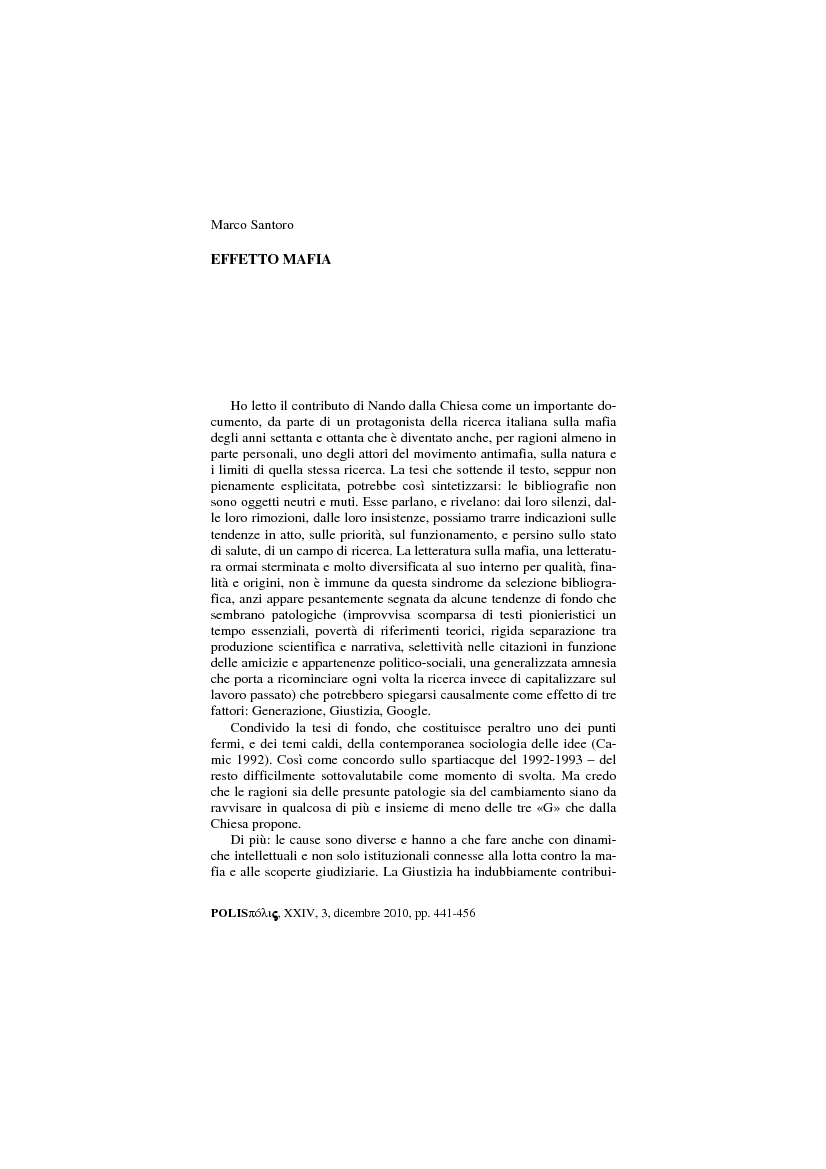