Despite its recent appearance, the Five Star Movement (FSM) represents by now one of the main characters of the Italian political system. In the last years, not only has it elected numerous representatives, but it also obtained the government of several cities. New parties, especially those born in opposition to mainstream politics, and emphasising grassroots participation, are said to centralise with the encounter with institutions. The aim of the article is to analyse the evolution of the Five Star Movement in the city of Turin in order to see if that is the case, and how it changed over time with respect to its original principles. The local level is fundamental for this political actor; nevertheless, studies that deeply analyse it, taking into consideration the peculiarities of the context, are lacking. Based on in-depth interviews with both activists and privileged witnesses, and on the results of a fieldwork study conducted in Turin during 2016, in this article I will analyse the development of this political actor adapting Pedersen's lifespan model. 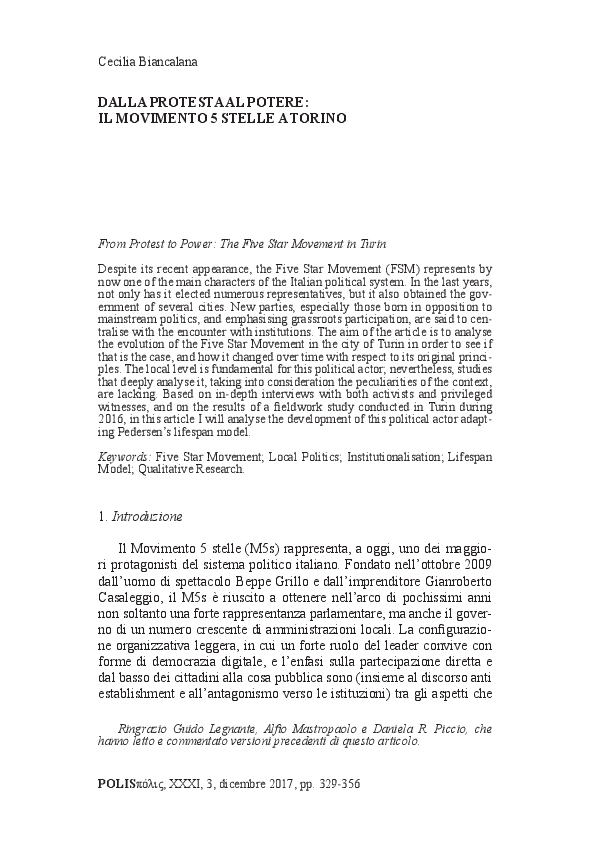