This paper analyses the determinants of people's support for European institutions, mainly focusing on the impact of European identity, after the economic crisis and in a moment in which - after profound uncertainty for its immediate future - there is a new feeling toward European integration. Previous research on support for European institutions, before the economic and financial crisis which had hit Europe since 2008, found that people's evaluations followed mainly an instrumental logic - support being contingent on a perception of personal or national benefit accruing for EU membership - with an additional role played by European identification. This contribution expands the analysis after the beginning of the economic crisis, so to assess whether the former has affected the structure of such support, and deepens the analysis of the impact of EU identity on European institutional confidence. Using a recent Eurobarometer survey (86.2, 2016) and combining both individual and contextual data, the paper shows that European identity plays a crucial role in explaining European support also after the crisis. 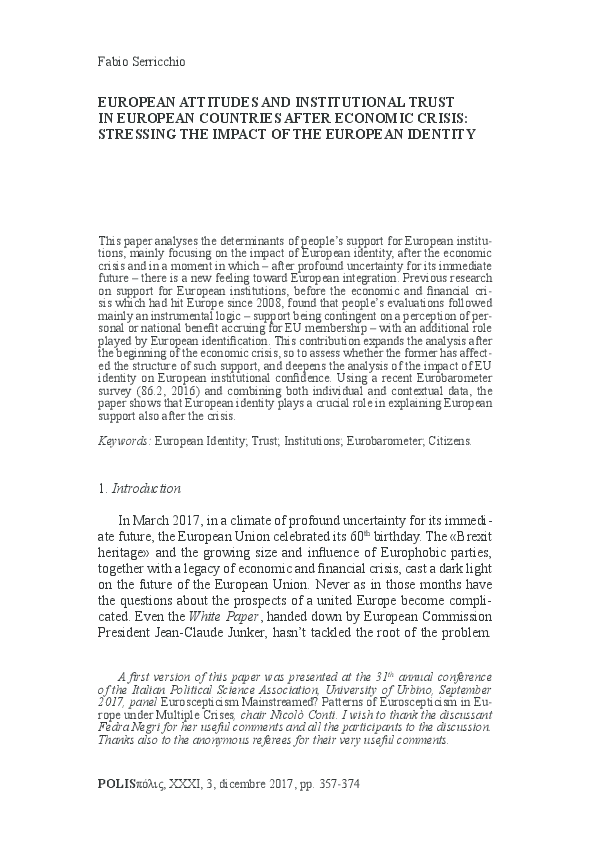