The article investigates the relationship between territorial inequalities, socio- economic changes and electoral choices within the former red zone. Through the analysis and mapping of data from different statistical sources, two distinct interpretations of political change are compared. The first one, by recalling the re-emergence of the center/periphery cleavage, understands the neopopulist surge as a reaction to the growing inequalities and to the trends of social segmentation and isolation affecting the so-called places that don’t matter. The second one shifts the focus towards the political supply, and specifically towards those changes which have involved political parties together with their patterns of government and the quality of policies and public services. The analysis shed light on the weight of peripherality and of several dimensions of territorial fragility on the anti-establishment vote. However, the ongoing political change in this area of Italy results mainly influenced by supply- related factors. Evidences also show how traditional cleavages can play a still relevant, though redefined in comparison with the past, role in orienting electoral choices. 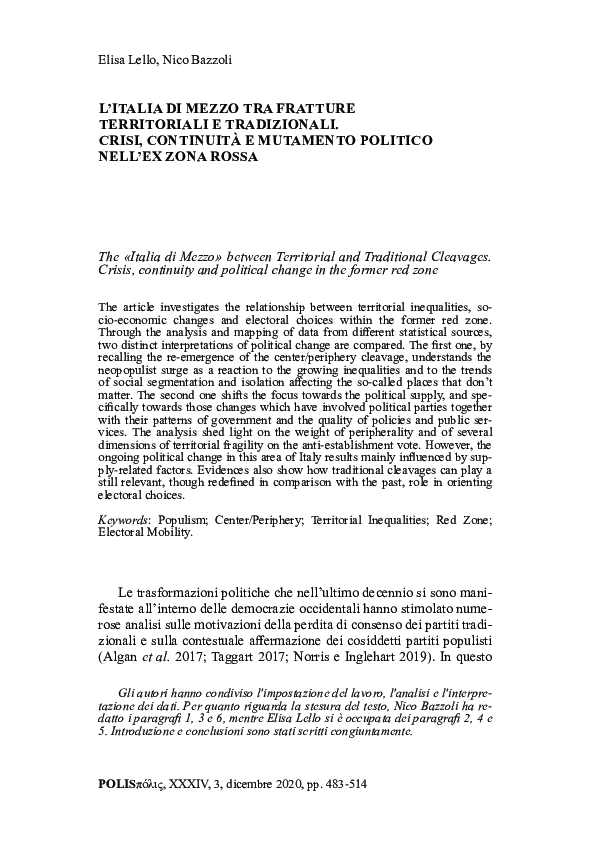