In this article we engage with the extensive literature that relates political behaviour to territorial and economic variables. More specifically, our article highlights how much electoral behaviour and the choice to participate in elections is influenced by economic factors and, above all, if and to what extent the economic factors are influenced by the variables linked to the geographical position of the units of analysis. To reach this aim, we conducted an analysis, based on aggregate data, focused on the political behaviour recorded in the 377 Sardinian municipalities during four elections: the 2006, 2008, 2013 and 2018 parliamentary elections. The Sardinian case is of enormous interest due to the rural prevalence of its territory and the profound difference between the socio-economic structure of the coastal areas and that of the internal areas. The article shows how, while controlling for the geographic location of the municipalities and their demographic structure, the unemployment rate remains by far the most important variable in explaining political behaviour. 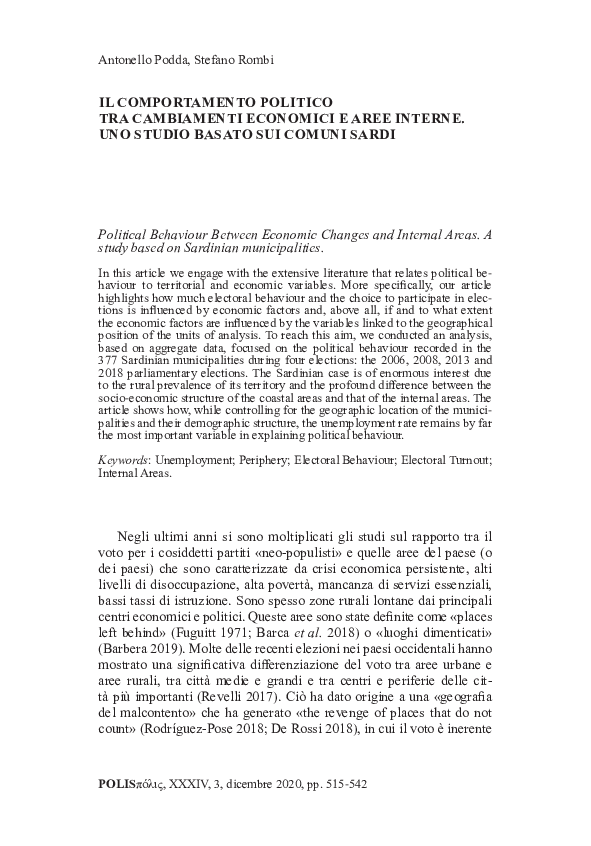