The paper deals with the salient points of the rise and subsequent limits of the policy of cohesion, in an attempt to reassemble the threads of the debate on Southern Italy in a comparative perspective. The aim is to place the problem of building the development of this area in a European key. The multilevel governance has redefined the traditional logic of public action, giving rise to complex exchanges throughout the institutional networks and the previously nonexistent or poorly practices of negotiations. During the last thirty years, politics, economy, and society of southern Italy have been redirected and involved in the participation of the European project, with the incorporation of the South of Italy in a supranational body which has contributed to mobilizing the latent resources of the economy and society and to experiment with a different possibility of development, even if the resolution of the internal Italian divide has not been obtained. The change was held back by exogenous factors and by the national and southern ruling classes who learned how to integrate into European society, redefining behaviors and acquiring a role in its elites of power, without however being able to bring the process of modernization to completion. 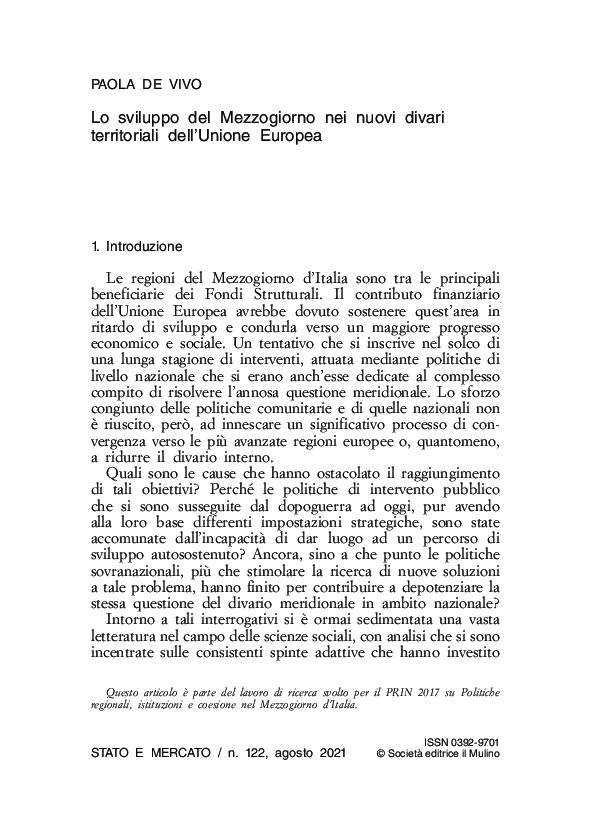