Chinese scholars are exploring the model of corporate governance to committ to the shareholding companies born by the ownership reorganization of the state-owned enterprises. The debate which echoes the principal-agent approach, does not add a lot to the concerned literature, rather it represents a pale translation of it. The context, however, suggests very interesting considerations: on the chinese scene, in fact, the shareholders are not scattered, weak and unable to watch on their interests. In the newly instituted corporations, the former owner is the majority shareholder and state-owned banks, trade and manufacturing firms control the remaining shares. Chinese economists' genuine interest in working up a model of balanced governance for the enterprises could seem groundless. However, both the fading of the planning instruments, until now utilized by the state to control the behaviour of the top management and the growing involvment of the chinese large corporations in the international market legitimize the need to clarify the authority and responsabilities inside the enterprises. 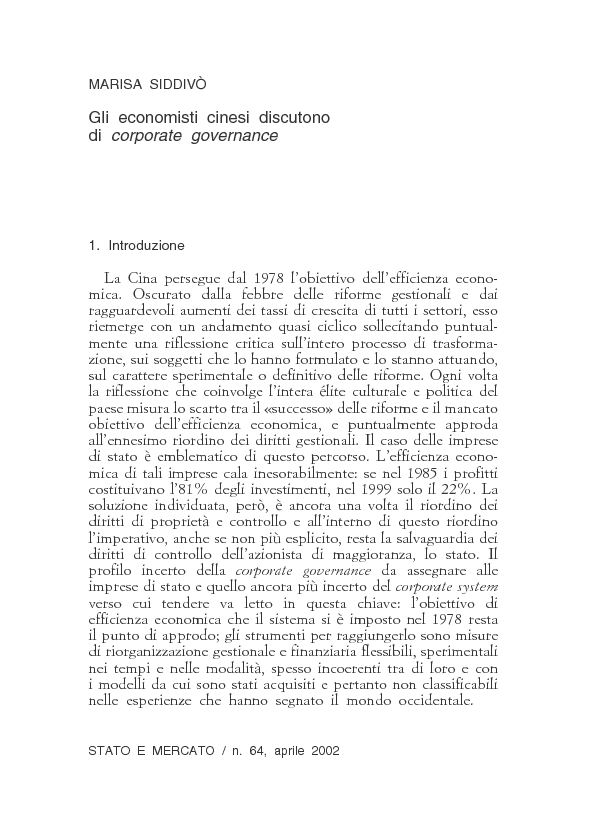