Since the transformation of the economic system started in early Nineties, the Russian economy went through major changes. Of these, privatisation and restructuring of former state-owned enterprises are of major importance. However, the technical framework and the advancement of these reforms were poorly prepared and weakly governed; crucial components were also missing, in particular the institutional reform. The ownership configuration that reforms have created is consequently ineffective and inefficient. Together with the consequences of the prolonged difficulty of macroeconomic stabilisation, this produced an inefficient system of corporate governance that has prevented enterprise restructuring. Privatisation, in this way, has supported the establishment of an economic system where enterprises have short time horizon and are often oriented to pursue quasi-rents. The financial and currency crises of August 1998 has eased the situation and has opened new perspectives for the Russian economy. However, necessary condition for positive economic outcome is the institutional reform, implying rebuilding the state. By making corporate governance more effective, this reform should push enterprises to restructure more effectively. 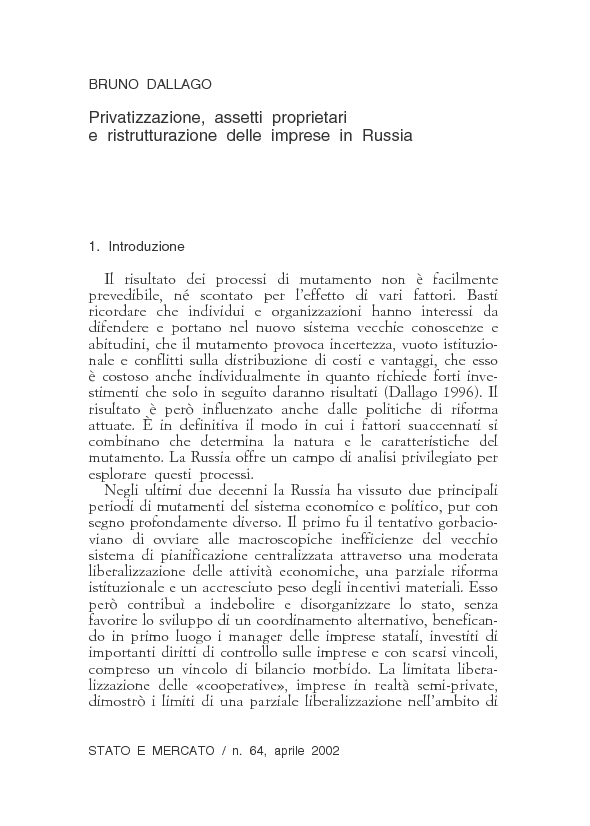