Income inequality is in Italy among the highest among rich countries. However, only recently the issue has become a matter of public concern, as journalists, political commentators and research institutions have stressed an ongoing process of impoverishment of Italian households. This conclusion is not confirmed by the results of the most reliable sources: both the Istat's Survey on Household Budgets and the Bank of Italy's Survey of Household Income and Wealth show a surprising stability of the distribution of economic resources (expenditure or income) across households since the mid 1990s, after a sharp widening amid the 1991-92 recession. This evidence does not imply that the distribution did not change at all. First, a significant redistribution took place across socio-economic groups, as incomes increased much less for the households of the employees than for the households of managers and the selfemployed. Second, income mobility rose considerably, generating in many families a sense of insecurity and greater vulnerability to external shocks. These changes have made the flaws of the Italian social safety net even more manifest. Following a lead by Hirschman (1973), the discontent of Italian households shown by several statistical indicators may hence be seen as a signal of a "changing tolerance for income inequality". 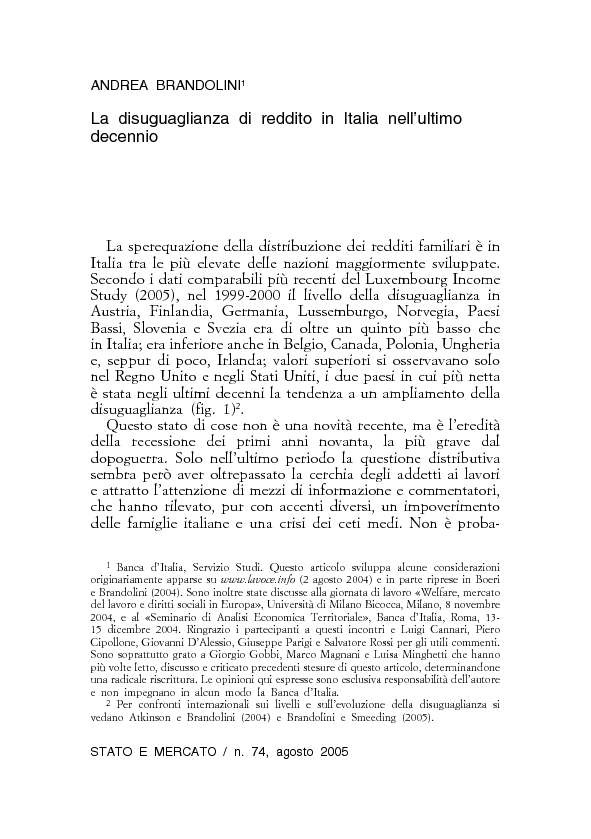