To imagine the future of European Union two elements must be considered. On the one hand, the motivations of the Founding Fathers, which were inspired by three main goals: peace, economic recontruction and economic survival. On the other hand, the European method that is characterised by the spill-over effect, by an original institutional structure with two legislative powers, two executive powers and one judicial power, and by the priority of European law over national law. Our historical duty is the union of all the European people. Today, ten central and eastern countries plus Cypro knock at our door and their integration bring about economic, juridical and financial problems as well as institutional ones: what kind of decisional procedures can be implemented for a European Union made of 25 or 30 countries? The euro will not respond to the crucial question: what do we want to do together? Three dimensions are to be taken into account: the construction of the European identity; the universal vocation of Europe and the need of effectivness and democratic accountability for the European istitutions. To work out an idea of the united Europe that can be shared by 26 countries will take time. Two main options will confront each other: the first one, more in tune with the Founding Fathers' ideas, is the political union; the second one concerns a great confederation of nations. Obviously, each option will meet different degrees of ambition. 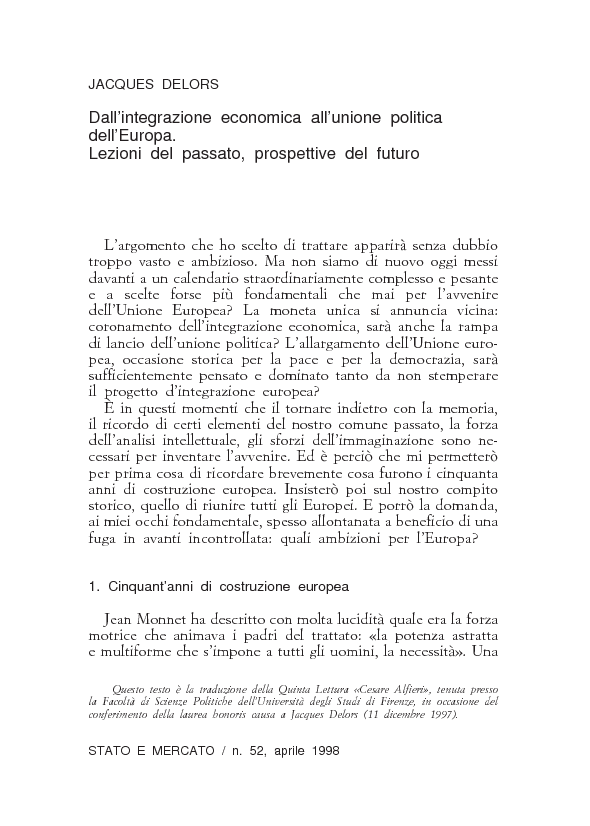