The process of European economic integration creates conditions of "regulatory competition" that are undermining the problem solving capacity of the nation state in critical areas of social policy. At the same time, effective European solutions are prevented by the high consensus requirements of European decision processes, and by the institutional heterogeneity of European welfare states. There is a danger, therefore, that in the face of acute crises the manifest helplessness of governments at the national and at the European level will undermine the legitimacy of democratic government as it had done in some countries in the Great Depression of the 1930s. The article argues that problems arising from economic integration must mainly be solved at the national level, but that national solutions may be facilitated and strengthened by supportive policy choices at the European level. One way in which this could be achieved is by moderating the excessive zeal of European competition policy in those areas where regulatory competition would severely damage national welfare states. Some moves in that direction can be observed not only in agreements reached at the Amsterdam summit but also in recent decisions by the European Court of Justice and by the Commission. Unfortunately, however, the Amsterdam summit has done nothing to facilitate another promising strategy, coordinated reforms among groups of member states that share similar welfare state institutions. But despite institutional differences, EU member states also seem to share a quantitative commitment to welfare-state policies that finds expression in the very high correlation between a country's wealth and the share of GDP that is spent on social transfers and services. An explicit agreement on minimum levels of social spending should thus be politically feasible, and it would do much to protect member states against the temptations of competitive welfare-state dismantling. 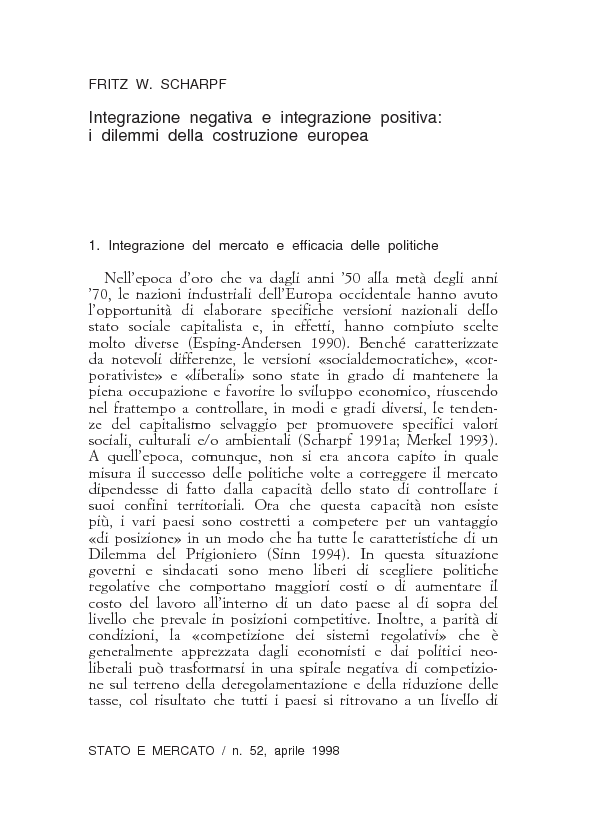