Self employment has come back under the lights of sociological and economic analyses, as a consequence of the high levels of European unemployment. Observers and politicians have long believed that self-employment could resolve in a good and cheap remedy for unemployment and lack of job creation. Even now, when self-employment growth has stabilised, the debate is still continuing. Labour economists use to consider self-employment as a function of labour market rigidity, that is job security legislations. On the contrary, other authors look at self-employment as an opportunity to self-retail one's own work career and global life. In this article, self-employment is analysed for Italy, using the national labour force data, dividing self-employed people in to different categories according to their job skills and degree of independence in the labour relations. It is shown that self-employed in Italy are mostly adult workers, who have a strong labour force experience at their backs, so supporting the "spin-off of self-employment" hypothesis. Moreover, the paper stresses the role of both institutional arrangement and the economic changes which took place during the eighties - a phase in which the "fordist" economic model was gradually substituted by the new "postfordist" economic order - as key factors to understand self-employment trends in Italy. 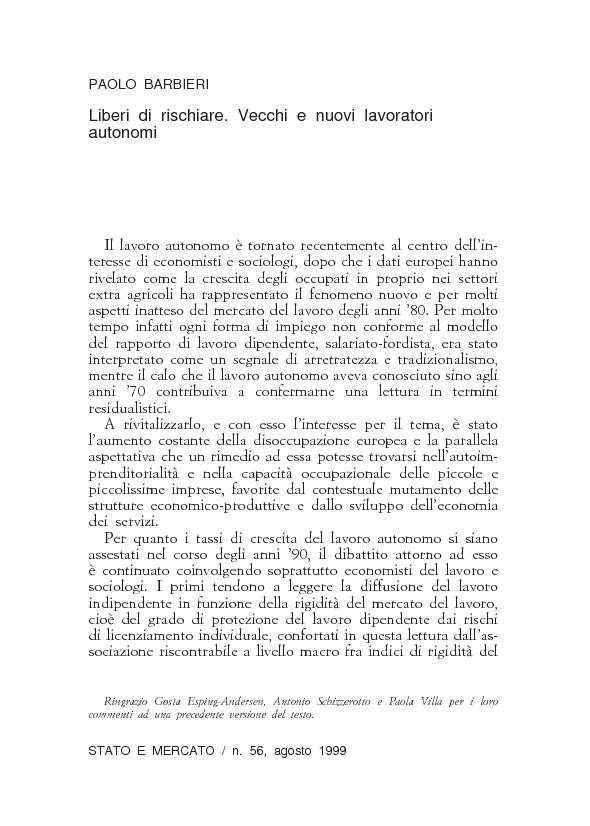