The "mantra" of «reforming governance» has characterized all recent efforts to transform universities in Europe. But the attention of scholars and policy-makers has focused on the design of national reform strategies, whereas very little attention has been paid to the actual changes that they have produced. This article highlights one specific and often neglected phenomenon which stands between reforms, or public policies more generally, and their outcomes: namely, the emergence of what Robert Merton, in his seminal 1936 essay, called the «unanticipated consequences of purposive social action». Its aim is twofold. On the one hand, it shows that the systematic use of this concept allows for an interpretation of the empirical evidence on recent changes in university governance that is more appropriate and more interesting than the traditional ones. On the other, it tries to supplement Merton's treatment of the factors that account for the emergence of unintended consequences by providing more specific and convincing explanations. The empirical evidence on the ways in which national reforms are implemented by individual universities is provided by case studies that have been conducted in six national systems typifying the different ways in which higher education is organized in Europe: the UK, the Netherlands, Germany, France, Spain and Italy. This comparative evidence provides the empirical basis for an extensive discussion of four main types of unanticipated consequences of university governance reforms: the shortcomings of governing boards with external members; the resilience of forms of self-government; the shift to forms of collective institutional leadership; and the fluctuations between centralization and decentralization trends. 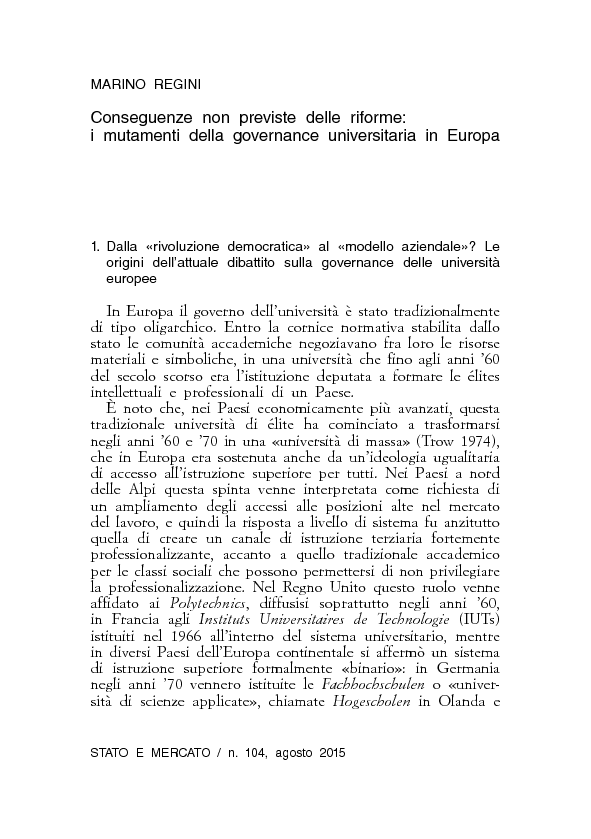