This essay examines the informal decision-making processes that determine the content of immigration policies, taking into consideration the case of Italy. We have combined two approaches, the systems analysis framework (input, conversion, output, outcome, feedback), and the advocacy coalitions framework, to observe the various phases and to understand which actors are involved in them. The research demonstrated that weight of the actors involved might vary according to the decision-making phase considered. The actors' weight varies over time and with the change in the political context. However, crucial actors influence the decision making process beside the change in the political context, included changes in governmental majority. This explains why even though centre-right and centre-left public rhetoric and electoral manifestos can be deeply different, the content of immigration policies is far less different. To survey the variations by the time, the convergence and divergence between centre right and centre left coalitions four positions were singled out: solidarist, utilitarian, legalitarian-repressive, identitarian. 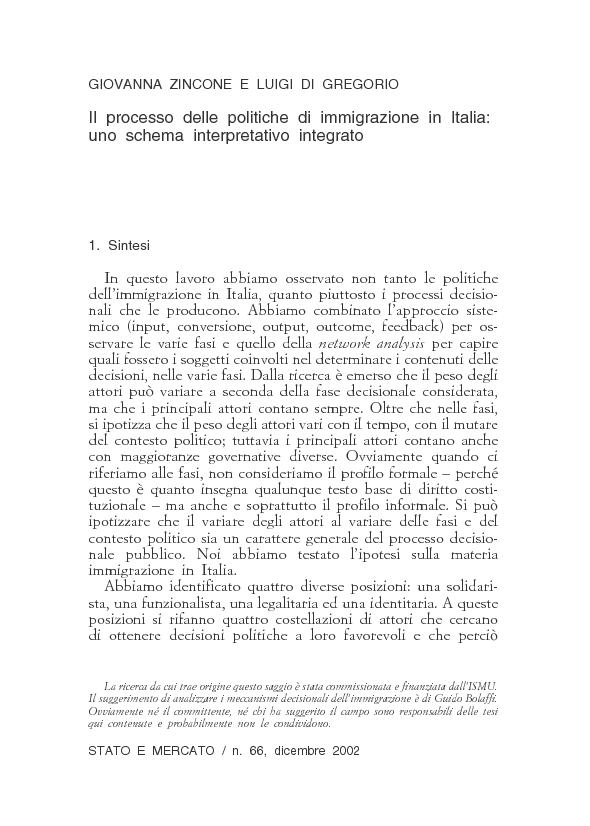