This article examines the principal reforms of secondary school organisation introduced in eight European countries: Belgium, France, Germany, Great Britain, Italy, The Netherlands, Spain and Sweden. Since the 60s, some of these countries, by means of such reforms have achieved the goal of uniting various types of schools, in place of the traditional division into three types, the Lycées, technical schools and professional schools, by creating comprehensive schools. In some cases only the lower level, in others all levels of secondary schools have been united. In the remaining nations, changes have either impinged only marginally on the traditional set-up (Belgium and The Netherlands) or have been virtually non-existent (Germany). The author gives an explanation of these different results, by means of focusing on explanatory factors, such as the political and institutional characteristics of the political system, the institutional characteristics of the ruling of the school system, the policy legacy. She has also suggested a few hypotheses to explain the peculiarity of the Italian case. The reform process in Italy, although it reached a positive outcome by creating the "Middle school" in 1962, at the same time as Sweden and earlier than in other countries, has not produced any decisions as regards higher secondary education. 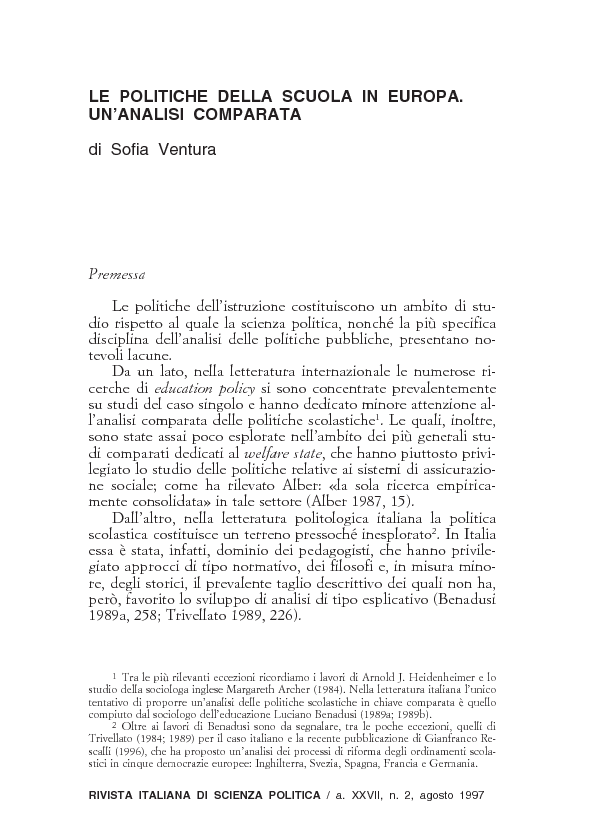