This article offers a perspective on the three major themes of political science in the past thirty years. The three themes are identified as comparative politics, political development (and, later, democratisation), institutional analysis. Through an identification of the most important books published in the three major areas, the author also tries to show how in its thirty years of life the "Rivista Italiana di Scienza Politica" covered the various topics and contributed to their exploration and diffusion. Evaluating the advances made in the field of political science and taking into consideration the challenge posed by rational choice theory, the author comes to two critical conclusions. In the first place, too often the discipline and its practitioners seem to be unwilling, but perhaps also unable to build upon previous contributions. This is especially evident when analysing democratisation studies that do not make use of the knowledge produced by development studies. Therefore, no cumulability of knowledge follows. In the second place, it is also too often the case that scholars do not attempt to replicate previously important studies. As a consequence, their own contributions appear less significant and less convincing. In sum, the discipline as a whole remains divided and disjointed in a less than profitable way. 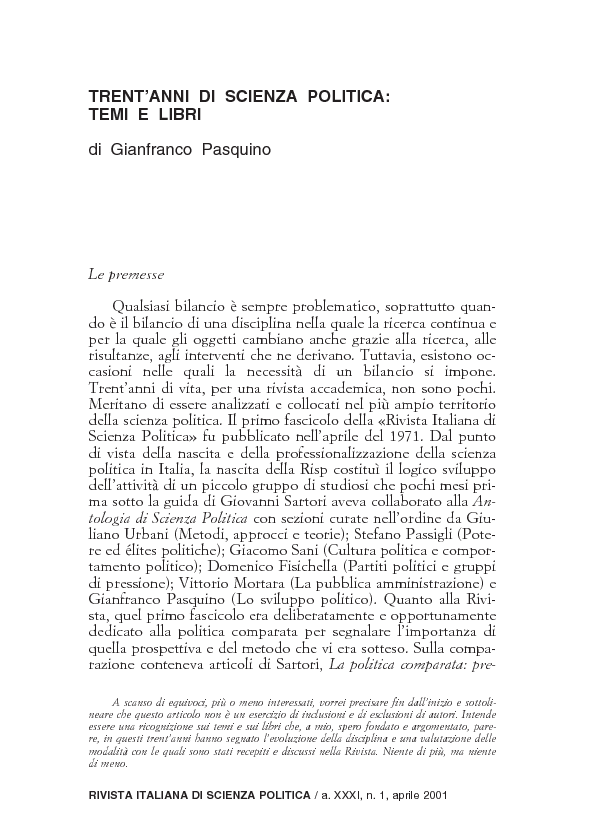