The article has two main goals: first, to place Southeastern Europe within the broader, comparative context of democratization studies and to assess the region's prospects for democratic consolidation. Its second goal is to contribute to the theoretical debate concerning the conditions of democratic consolidation, by pointing to the significance of macrohistorical factors, such as the long-term legacy of state-society relations, for the consolidation of democracy. In pursuit of that second goal, the article engages in an interregional comparison, involving East-Central and Southeastern Europe, whose main thrust is to identify the legacies in state-society relations created by the Austro-Hungarian and Ottoman empires respectively and to examine their impact on the two regions' democratization processes. The article concludes that these imperial legacies combined with different types of post-totalitarian regimes (early post-totalitarianism in the case of Southeastern Europe, mature or frozen in East-Central Europe) produce distinctly different democratization trajectories affecting the prospects for democratic consolidation in each region. 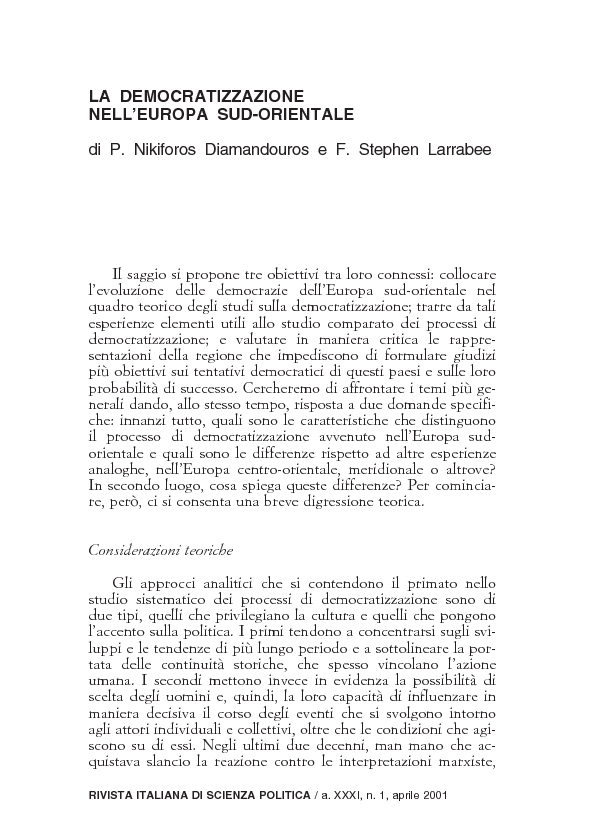