The May 2001 Italian elections have been significantly different from the previous ones for three main reasons. First, for the first time in Italian post-war political history there was an incumbent government challenged by an opposition prepared to replace it. Second, the nature of the electoral competition between the Olive-tree government and the Casa delle Libertà led by Silvio Berlusconi was clearly and unequivocally bipolar. Third, because of Berlusconi's victory, the outcome of this competition led to the first peaceful alternation ever in the Italian political system. In a sense, then, the May 2001 elections may be considered "founding elections" similar to those won by the Christian Democrats in 1948 that inaugurated the post-war democratic Italian Republic. This article suggests, however, that much remains to be done to consolidate the political regime, to reform the institutions, and to create a stable competition between more homogeneous coalitions. 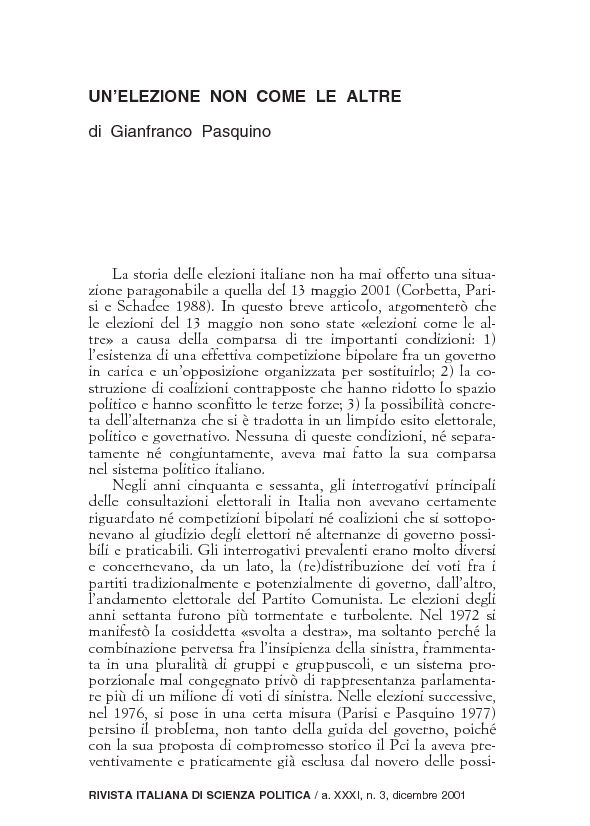