This essay examines the outcome of the elections in single-member districts, with special attention to changes occurred in the structure, the level and the different arenas (plurality and proportional) of electoral competition. The main thesis is that, following the renewed alliance between the Polo and the Lega Nord and the divisions of the Ulivo, the disastrous results of the center-left coalition were expected. However, because of an increasing bipolarity and competitiveness in single-member districts and in parliament, there is a tendency toward a re-equilibrium. In fact, the Ulivo's performance has been most ineffective because it has gained votes in the North, where it was useless, and has lost votes in the competitive districts of the South. This article tries to explore the perspectives of the electoral competition according to the persistent instability of the political offer, new changes of alliances and the fluid structure of the parties. The last section deals with the "mysterious" question of the difference between plurality and proportional votes, which seems to assign a bonus to the center-left coalition, but is an indication of the extreme weakness and destructuration of the Ulivo's parties. The author concludes by discussing some hypotheses about this phenomenon. 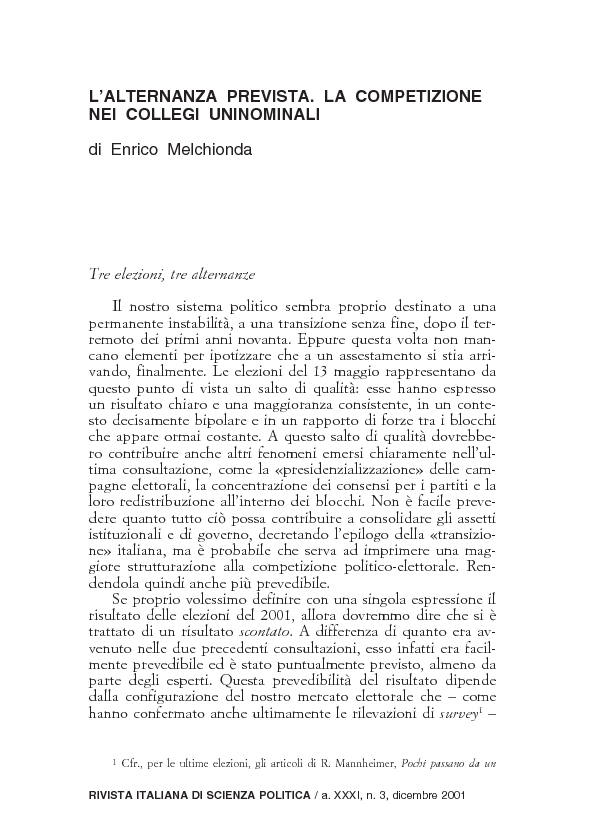