By raising the question of what made constructivism possible the paper discusses the puzzle and promises of constructivist scholarship in IR. It is argued that the communicative style which coined constructivism as a movement provides the key. Two puzzles are the focus, first, a lack of epistemological overlap, secondly, a disciplinary culture of consecutive debates which reached their high point of non-communication with the so-called Third Debate. However, while the constructivist movement gathered influence as a reference frame in the late 1990s, it is neither genuine to international relations theory nor does it originate in the 1990s. Why and how did constructivism manage to bring such a diverse group of scholars to one table? Section 2 of the paper develops the argument and introduces the concept of framing to understand the puzzle of conversation in IR. Section 3 recalls the emergence of constructivism, identifies the theoretical discussions and the significant conceptual moves. Section 4 summarizes the value added and flags "norms" research as the core of constructivist political science. 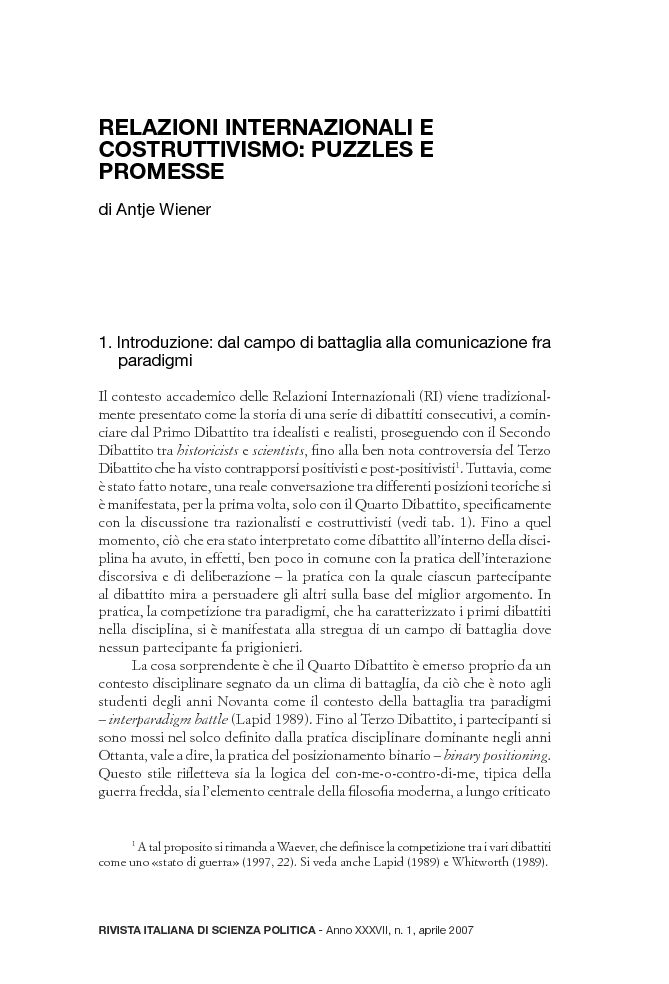