The 2005 UK elections produced an unprecedented third term in office for the Labour party. For some, this went beyond confirming that the UK still has a fundamentally two-party party system, rather than an incipient or suppressed multi-party system, suggesting that the thesis that it has a predominant party system has been confirmed even whilst reversing the identity of the dominant party - Conservative in the twentieth century, but apparently perhaps Labour in the twenty-first. For others still, the election suggested that the party system is becoming increasingly unstructured. This article explores these views and the growing significance of both political science and historical understandings of party system development that emphasise party strategy, agency and the role of ideas in the construction of the party system, without denying the central role of that key institution, the electoral system. It thus suggests, in line with the constructivist turn in political science, that key determinants of the development of the party system are party agency and strategy on the one hand and public understandings of the nature and purpose of parliamentary elections on the other. 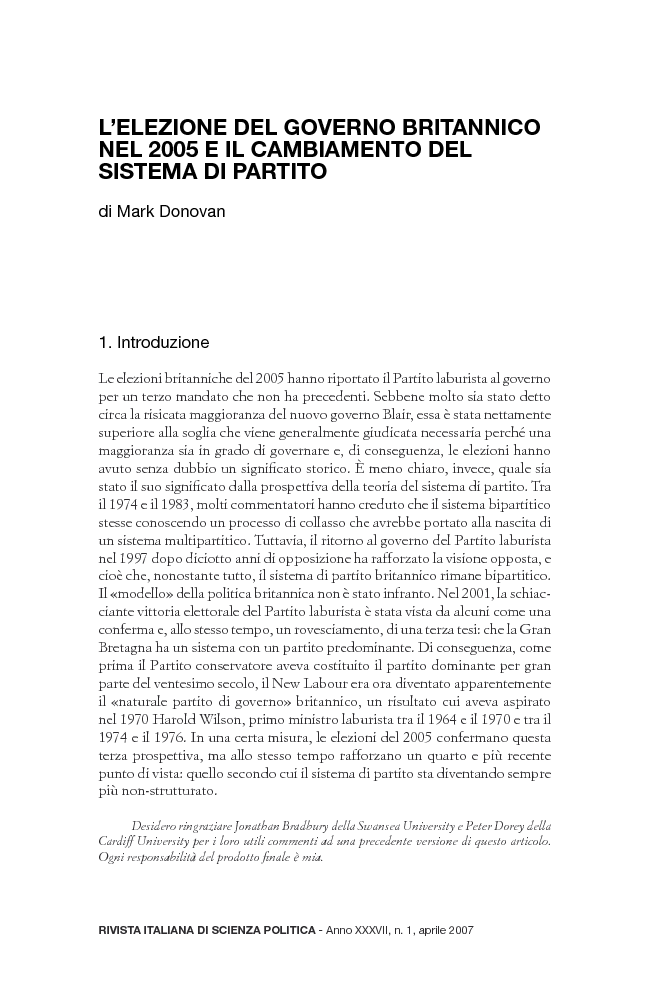