As part of the broader debate on the importance of the international dimension of the democratization processes, this article examines the role of the United Nations (UN), as an agent for promoting democracy, whenever it intervenes through the activation of peacekeeping operations with mandates which include the democratic transformation of the target-country. In addition to a discussion on the theoretical aspects of the issue, the analysis proposed is based on a systematic empirical analysis and an in-depth examination of three case-studies of UN peacekeeping/ democracy-building. The methodology employed is based on a long-term study of the democratic progress (regression or stalemate) of the target-country, in which T0 describes the index of democracy at the outset of the mission and the control points T1, T2 and T3 indicate the level of democratic development reached after an interval of three, five and, wherever possible, ten years from T0. The final paragraph summarises the previous analysis arriving at the conclusion that international factors are far from being an insignificant variable in processes of democratization, but which are, however, of limited effect unless accompanied by efforts of equal force and sense of direction from those countries which are the theatre of peacekeeping operations themselves. This conclusion demonstrates the unstable, hybrid nature of many countries where the UN is present which, at best, are in transition from authoritarianism but which have not yet safely embarked on a voyage towards democracy. 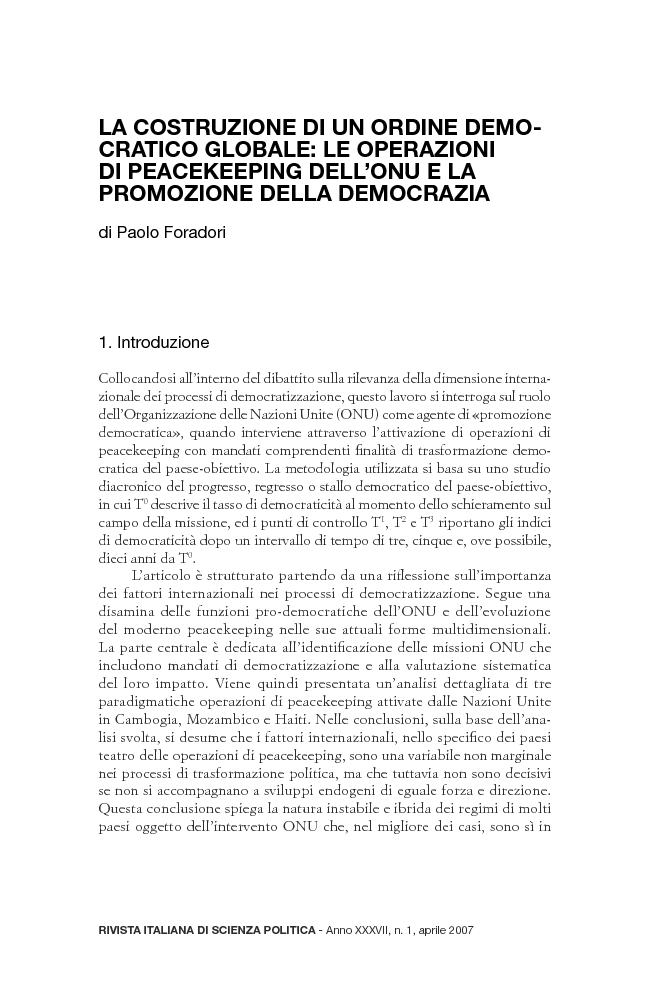