This article assesses whether the recent development of more inclusive mechanisms to select both party chairmen/women and chief executive candidates makes leadership races (LRs) more divisive, that is, characterized by negative campaigns, close final results, and intraparty conflicts in the contest's aftermath. The findings are based on a comparative qualitative analysis of 20 LRs held by Western European parties during the past two decades. The article argues that, the "selectorate" being equal, the "candidacy" dimension should also be considered to assess the inclusiveness of a LR, taking into account both the formal requirements and the intervention of party elites in the preselection phase to prevent potential candidates from running. The findings do not confirm the existence of a clear relationship between inclusiveness and divisiveness. Therefore, this article suggests that highly divisive LRs tend to reflect preexisting internal fractures and that potential conflicts arising before or after the ballot do not depend on the selection system per se. 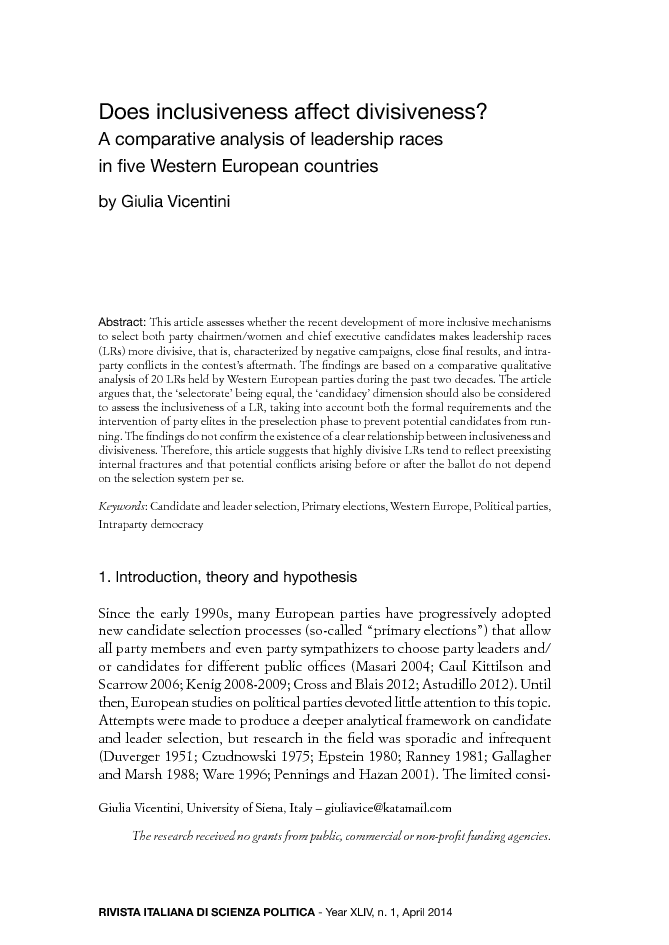