The article presents the main features of the Post-Electoral Italian National Election Survey, which was carried out after the 2013 Italian Parliamentary Election. The survey represents the latest episode of a longstanding Italian tradition of electoral research, which began in 1968 with the first collection of data, continued with a number of isolated episodes in the 1970s and 1980s, and has consolidated from the 1990s onwards around the Itanes research group. Besides the general research background in which the survey is developed, the article reports on details of survey design, questionnaire construction, sampling and weighting procedures. This information is meant to accompany and support the public release of the data, which are freely available at www.itanes.org. The survey is framed within a broader study aimed at the comprehensive understanding of political representation in Italy in the electoral cycle 2013-2015. The structure of the overall study conforms to the standards set by international research programs like the well-known PIREDEU Project. 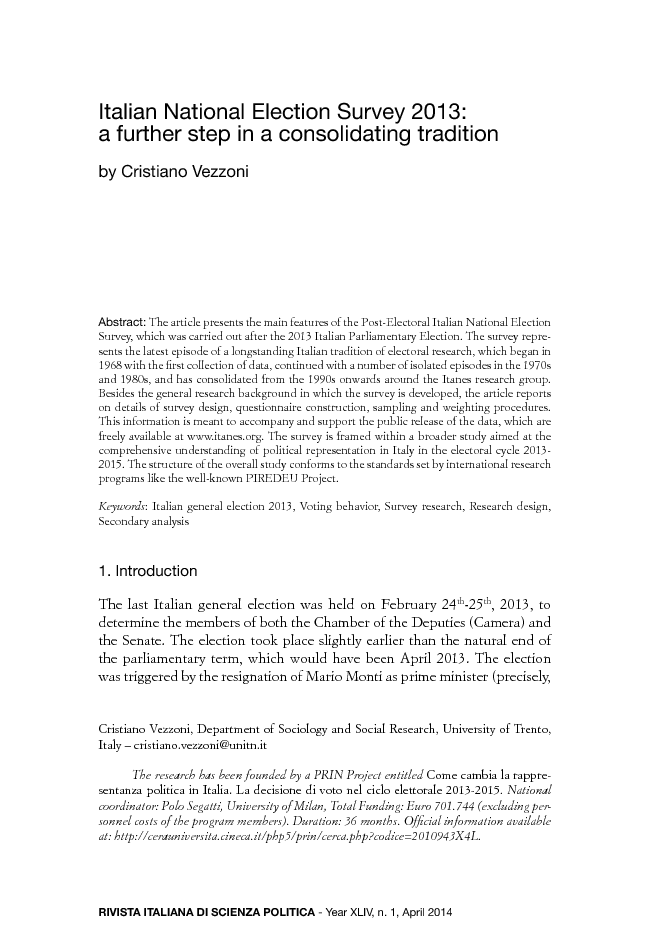