In 1970, a new institutional arena for inter-party competition was introduced in Italy with the creation of fifteen regions. This paper aims at developing the topic of territorial differentiation of the Italian party system. It highlights facets and features of regional party arenas through a comparison between these arenas and the national system. Five systemic properties are taken into account: fragmentation, concentration, competitiveness, net volatility, regionalism of voting behaviour. The various indexes measuring these dimensions have been computed from both regional and national election results. It appears that a general non-differentiation between local and national arenas has occurred, with a few relevant exceptions. In a second stage, it is investigated whether these properties, and the pattern of regional voting, have undergone any significant change during the transition from the so-called "first" to the "second" Italian Republic. Some distinctive cases and, overall, four clusters of local party systems can be identified and some hypotheses concerning the reasons for the emergence of the various patterns are offered. Notably, a "personal factor" in several Southern regions may be regarded as relevant. 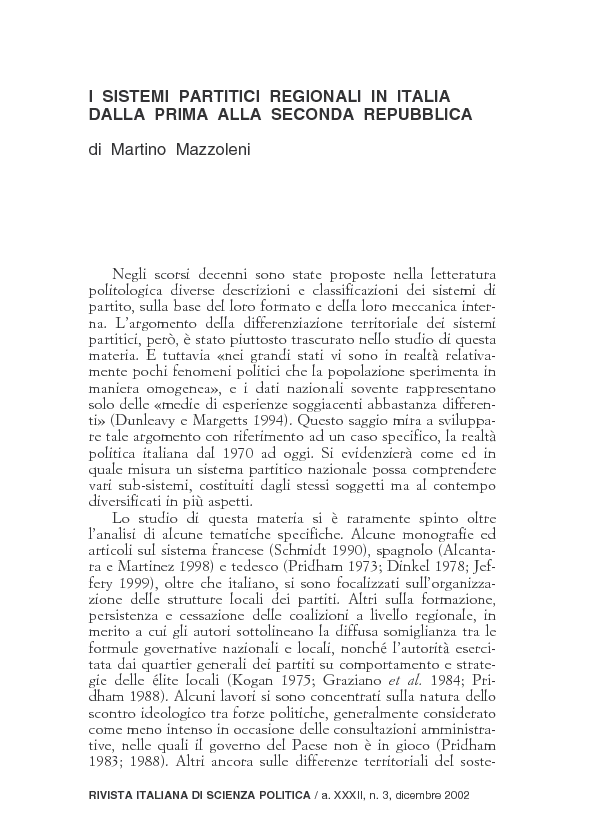