Analysing several recent books on British politics following the 2001 general elections, the author identifies and evaluates the main features of the Westminster model. Characterised by the pre-eminence of the Prime minister, the model entails a close relationship between the Premier and his/her parliamentary majority. It is based on the cohesion and the discipline of the parliamentary group and the expectations of the MPs to be promoted to ministerial office. Often met, these expectations help the MPs to perform several important tasks: above all, the task of scrutinising the activities of the government; and, second, though not least, the task of keeping a working and satisfactory connection with their constituencies. Though the role of the British Prime minister has been significantly changed by Tony Blair's spinning and search for visibility outside the parliamentary arena, the Westminster model retains its most important, defining feature. In the words written by Walter Bagehot about a century and a half ago, the efficient secret of the British constitution is the fusion of the Executive and the Legislative. This fusion continues to allow the British Prime ministers, no matter their personality, if they so desire, to govern effectively. 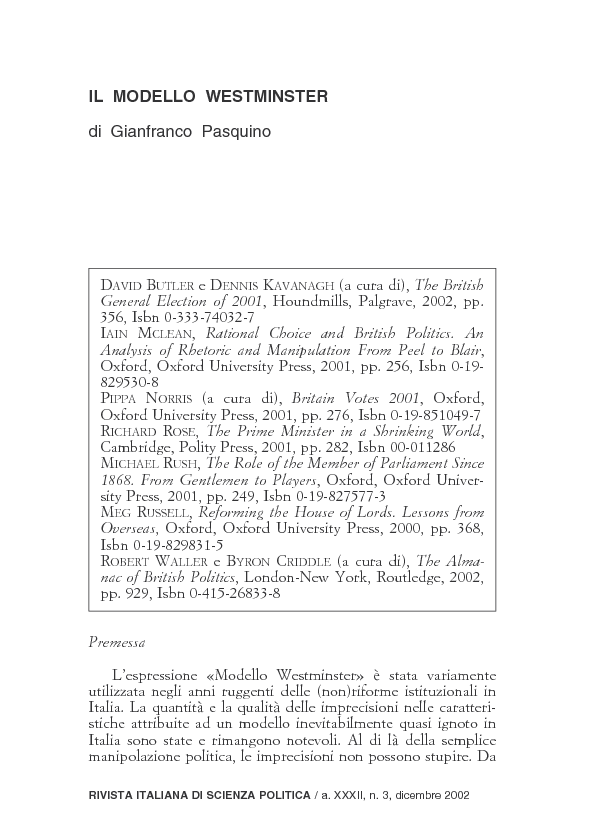