This paper discusses modern macroeconomic and financial models in the light of the current crisis. Theory has been revealed to be inadequate in its explanation of the origins and the nature of the crisis, as Jean-Claude Trichet the Governor of the European Central bank and his colleagues at other central banks have indicated. Basic macroeconomic models, however sophisticated have continued to be based on the same foundations shown to be wanting in the 1970s and financial market models have continued to use the «efficient markets hypothesis» despite warnings by numerous mathematicians and economists since 1900 as to its unsound foundations. We need to construct models which may not be able to predict the timing of the onset of a crisis but will encompass the possibility of one. The most promising candidates for such models are those which view the economy as a complex adaptive system, may use some of the tools of statistical physics and do not necessarily use the standard equilibrium approach. 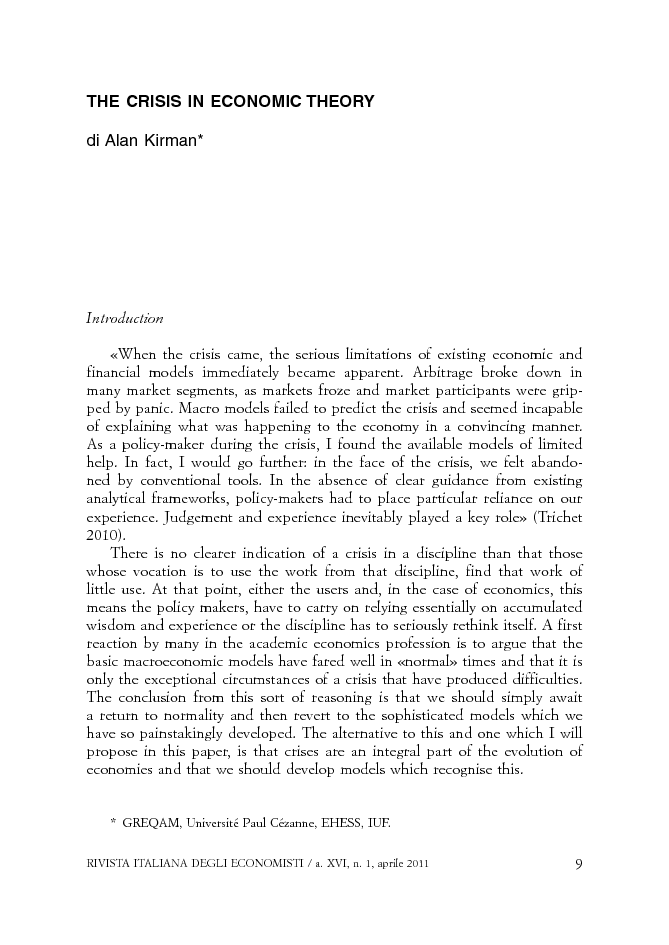