This paper is about economists and their opinions on economic policies. Using a representative sample of Italian economists as a case study, we show that disagreement is large on both the causes of the economic difficulties in Italy and the economic policies to be implemented for a recovery. Searching for the sources of this disagreement, we regress individual opinions concerning economic Policy proposals on a large set of covariates: (1) the respondent's socio-demographic characteristics; (2) her level of expertise and research interest in the Italian economy; (3) her judgment on which are the causes of the economic difficulties of Italy; (4) the research field and school of thought of the respondent; and (5) her political opinions, pro-market orientation and degree of optimism. While the first two groups of covariates are not systematically correlated with individual opinions on economic Policy proposals, the last three are indeed. In particular, the political view, the degree of pro-market orientation and the level of optimism are all relevant in explaining differences in economists' opinions on economic Policy proposals characterized by low consensus among economists. On the contrary, for Policy proposals showing high consensus, the political view and the degree of optimism loose significance and the ultimate variable associated to the disagreement among economists is their level of pro-market orientation. The different opinion on which mechanism (Market vs State) should organize the economic system turns out to be the most profound source of differentiation among economists. 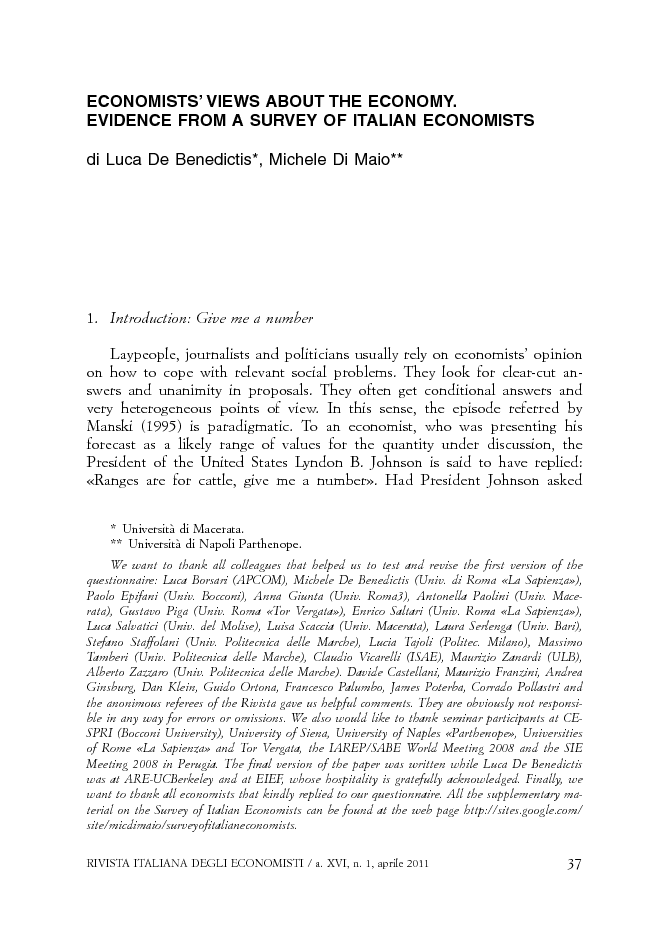