In the paper, the current view on the impossibility of speculative trade between agents with a common decision criterion is questioned. It appears that, from an economic "common sense" perspective, the "impossibility" to speculate is linked to the "ex ante transmission" of differing opinions on the future price of the asset between the traders when they envisage the trade itself. While the standard formal result is based on the so-called "Harsanyi's doctrine" - i.e., the assumption of a common prior of the decision makers on the states of the world - we argue that exemptions to this doctrine is conceptually again at friction with the view of actions as the result of "informed" decisions. This, in turn, is linked with the fundamental formalisation of the notions of action and of decision as functions, when these are construed in a set-theoretical way, which is the standard doctrine since Dirichelet. Hence we maintain that there is a need for formalising actions in a not set-theoretical way, and we do this by considering the interpretation of the notion of function provided by combinatory logic and "lambda"-calculus. In the new context, we sketch a logic of action in a multi-agent framework, and we discuss various possibilities for defining the notion of equality of actions. In all such theories, the no-trade theorem fails to be true: equality of actions remains independent of information and beliefs. In the economic interpretation, each trader is no longer obliged to view the other trader's behaviour as the result of an informed decision. 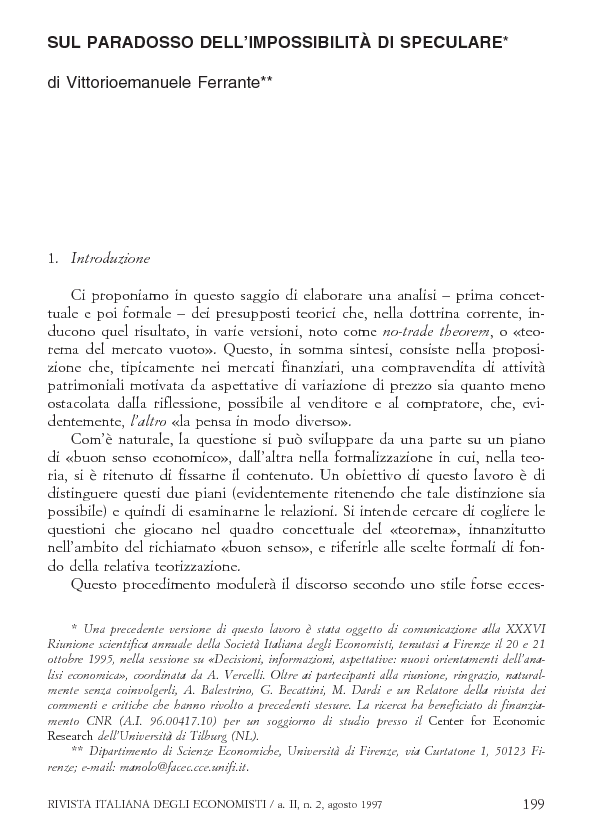