This paper reports results from a study of location, ownership, and acquisitions of automated teller machines (ATMs) by a sample of large Italian banks between 1991 and 1995. The sample banks had 85% of Italian banking assets. Data are collected at the provincial level for each bank. The underlying model is recursive; a bank is presumed to make branching decisions (analyzed in a separate paper) and then, conditional on branching decisions, decisions about ATMs. Several sets of cross-sectional data are studied using OLS and Tobit models yielding the following results: 1) The logarithm of ATMs in a province is related positively to the logarithms of interest-bearing deposits and GDP and negatively to the logarithm of population, as was predicted from a variation of Baumol's transactions demand for cash model; 2) The number of a bank's ATMs in a province is related positively to the numbers of its branches and deposit accounts, a province's per capita GDP, the bank's deposits, and the bank's number of employees per branch in the province and negatively to the bank's share of a province's branches; 3) Changes in a bank's ATMs in a province are positively related to changes in the number of its branches and those of competitors; and 4) Concentration indices of ATMs, branches, deposits, and loans decreased at the provincial level between 1991 and 1995. 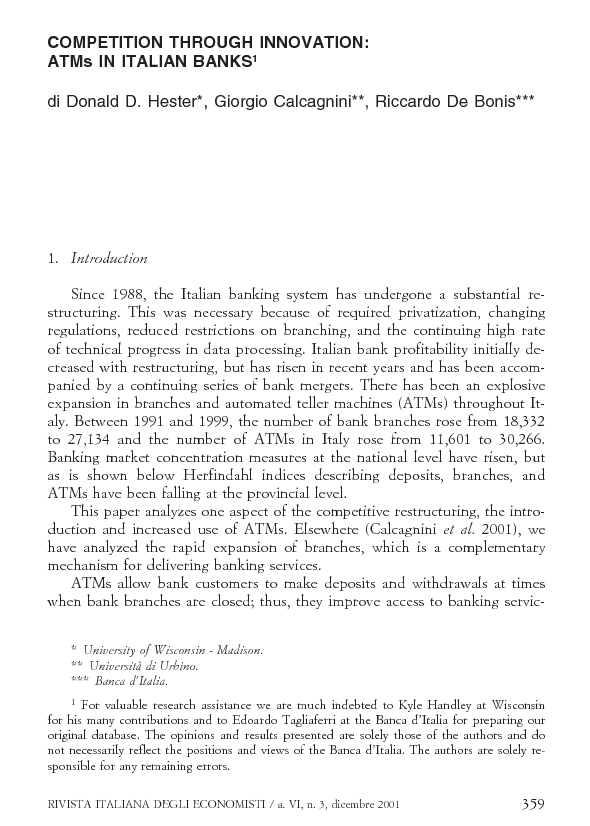