The literature of structural economic dynamics emerged from the attempt to extend Keynes-type macroeconomics to the analysis of the long run. After Roy Harrod's exploration of capital accumulation requirements in a macro economy subject to technical progress and population growth, economists broadly associated with the Cambridge tradition attempted the identification of consistency conditions for a disaggregate, multi-sectoral economy undergoing changes in relative proportions. Moving from the criticism of the aggregate methodology and from the implementation of inter-industry analysis in empirical research, a first set of theoretical principles for the explanation of long-run structural changes were developed. The paper discusses the analytical core and developments of the structural dynamics tradition starting from the early discussion of the relationship between technical progress and Engel's law, and of the structural interdependence between growth, resource utilization and capital accumulation. It is argued that the original research programme gave way to contributions along two main lines of inquiry. On the one hand, the relationship between economic theory and economic history became a central concern; on the other hand, the analytical representation of economic structure became an important focus of research. The paper emphasizes that a distinctive feature of the structural dynamics tradition is its emphasis upon the differentiated evolution of the various components of any given economic system, and the prominence assigned to relatively permanent structures in shaping historical evolution, or in constraining the achievement of long-run policy objectives. 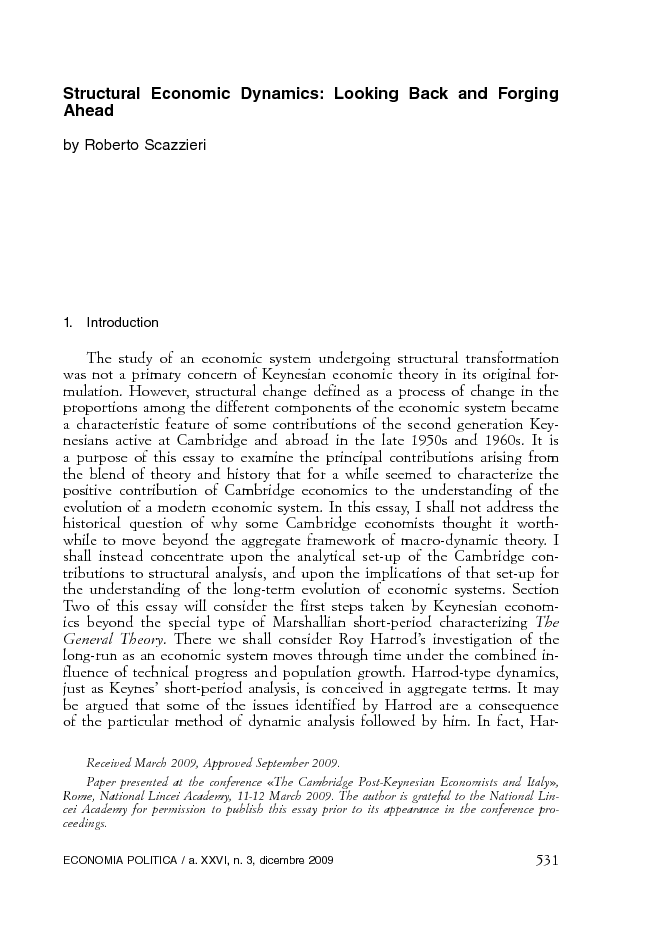