Although the debate about the effects of the regulation of wages is long lasting, little attention has been paid to the role played by minimum wages in inter-temporal contexts with endogenous fertility. This paper investigates such effects within a standard OLG model of neoclassical growth. Some new results, so far escaped closer scrutiny, emerge: introducing a regulated wage may, despite the unemployment occurrence, (i) have a favourable impact on both capital accumulation and output per capita; (ii) reduce the population growth rate. This occurs more likely when a sufficiently high capital share as well as significant unemployment benefits do coexist. Moreover we show that such results also hold even with exogenous fertility and lump-sum taxation on the elderly. Therefore, we conclude that under suitable conditions the Stigler's (1946) result that the regulation of wages always causes a production loss may be violated, that is, in a dynamical context a regulated-wage economy may perform better than a market-wage economy, and the higher is the unemployment rate the higher is the (neoclassical) economic growth. Furthermore, we argue that the minimum wage may also be treated as a policy parameter to control population growth. 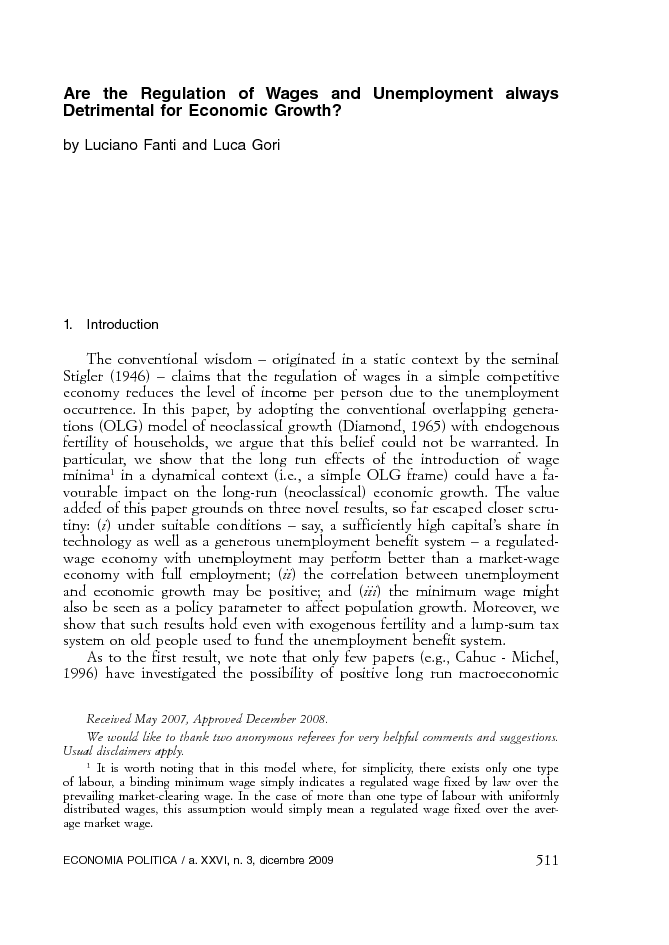