References to a system of self-managed firms as the future social order are scarce in the published literature on Marxist thought. Despite ever more marked deviations of left-hand political platforms from the Bolshevik model, self-management has not taken the place of central planning in Marxist plans for the future. In this paper, in contrast, the author argues that an analysis of the self-managed firm system may offer clues for a discussion of major points of Marxian theory, including the labour theory of value, alienation, dialectics or the subject-object inversion in capitalism. Accordingly, in the individual sections of this paper each of these central aspects of Marxian theory will be separately addressed in the light of insights flowing from the economic theory of producer cooperatives. 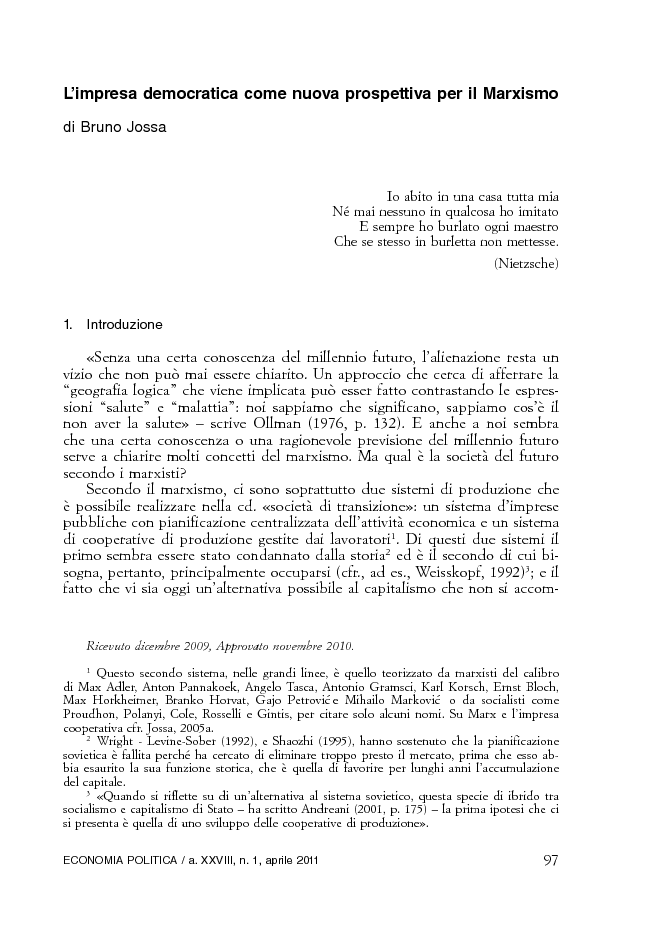