A quarter of a century is a remarkable outcome for a scientific journal. On the one hand, the timespan is long enough to map the co-evolution of its discipline and of its editorial context, and to enrich the debate of the history of science. On the other hand, the mass of its articles is large enough to identify the structural characteristics of its typical contents, the general profile of its representative authors, and to orient eventual submission decisions. With these two aims, the paper presents a «snapshot» of the last 27 years of the Italian economics journal Economia Politica. Looking at the JEL (Journal of Economic Literature) codes of its articles and at the bibliographic info of its authors, some distinguishing features are identified, along with some structural changes occurred along its history. The journal distinguishes as a «generalist» one (as opposed to «specialist» journals), with a remarkable distribution of subjects, but with some specializations too. In the last ten years, it has undergone some important changes. In particular, a substantial boost of internationalisation (not only in terms of publication languages, but also in terms of authorships), an increasing weight of co-authorships (and of non academic authorships, though to a lesser extent), a widening of the topics coverage, an increased specialisation on the growth and development implications of technological change, and a new focus on cutting-edge issues of industrial organization (e.g. firm strategy and organization). In terms of authorships, the journal distinguishes for a balanced ratio between senior professors (or equivalent) and junior researchers (or equivalent), towards whose contributions it shows a substantial propensity. In spite of the long editorial history of a group of Italian academics, the distribution of the authors' affiliations is far from concentrated. The distribution of their faculties is instead dominated by those of economics, but with relevant shares of other surrounding disciplines, such as political sciences and law. 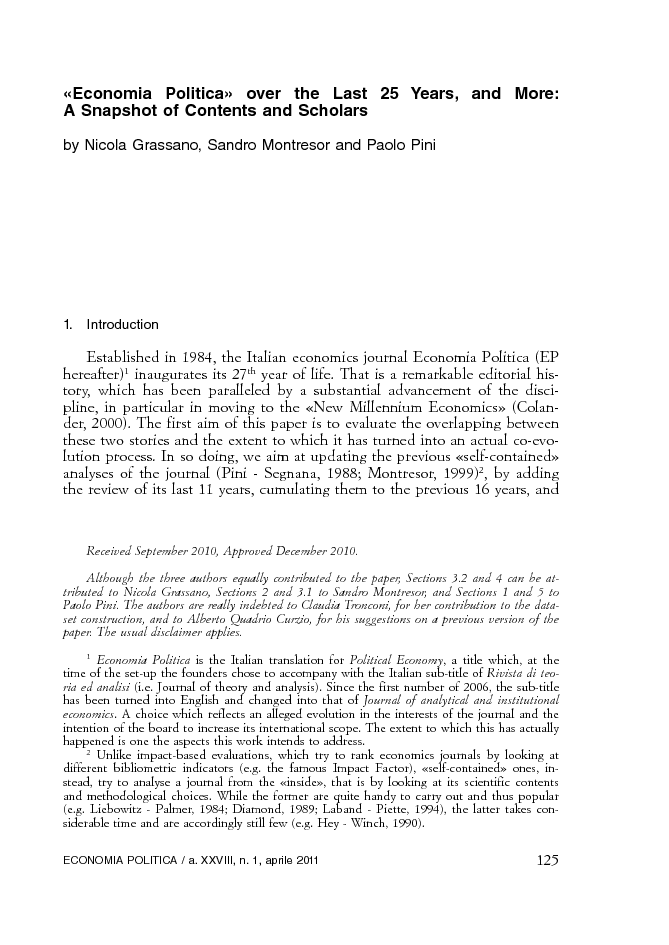