These note puts forward some criticism of the transition plan from the present dominant pay-as-you-go pension system to a mixed one (payg and capitalisation) proposed on this journal by Forni and Giordano (F-G). To begin with, the advantages for the workers are not clear. This is so because, on the one hand, they will loose some of the contributions to payg paid by the firms, with a consequent fall in their future pensions. On the other hand, the rate of return that they would get by diverting the TFR to the pension funds would probably not be enough to compensate this fall. Secondly, the authors presume that the fall in the social security contributions paid by firms will positively affect employment. There is neither theoretical nor empirical proof that this should be the case. Thirdly, they argue that payg will be undermined by the forthcoming unfavourable demographic shocks that will affect the absolute amount of employment. However, there is not a clear association between demographic trends and the level of employment. Finally, the paper relates F-G's proposal to others put forward in the recent past. First, we recall the distinction between a mere privatisation of paygs and the creation of a true capitalisation system. Second, the very idea of creating the second pensions pillar by using the TFR is criticised. Finally, the paper emphasizes some implications of the capital theory controversy in the debate on pensions reform. 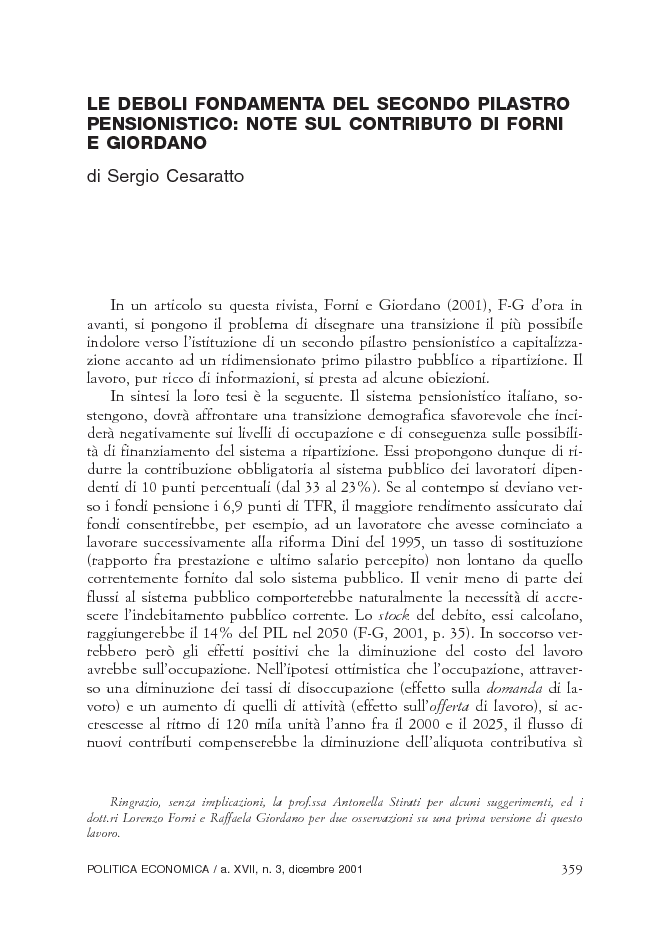