In several Western countries, as well as in virtually all developing and transition ones, the government's ability to redistribute income in favour of the less well-off is severely limited by the fact that certain groups of citizens can escape their tax obligations more easily than others. In this paper, we focus our attention on one of the possible responses to that problem, namely the recourse to presumptive taxation, whereby not income as such, but a proxy for income, is selected as the tax base. To study this issue, we employ an occupational choice model where an individual can either be a worker or an entrepreneur. We assume that a conventional income tax is in place and that only entrepreneurs, who are at the top of the income distribution, can partially avoid the income tax. In this setting, we show that presumptive taxation based either on occupational choice or on the firms' input costs can raise the welfare of the workers, who are the poorest members of the society. This outcome is not necessarily achieved, however, by taxing entrepreneurs: in a number of circumstances, presumptive subsidies for the entrepreneurs are preferable to presumptive taxes, the reason being that the latter may cause production inefficiency as well as increase tax avoidance costs. 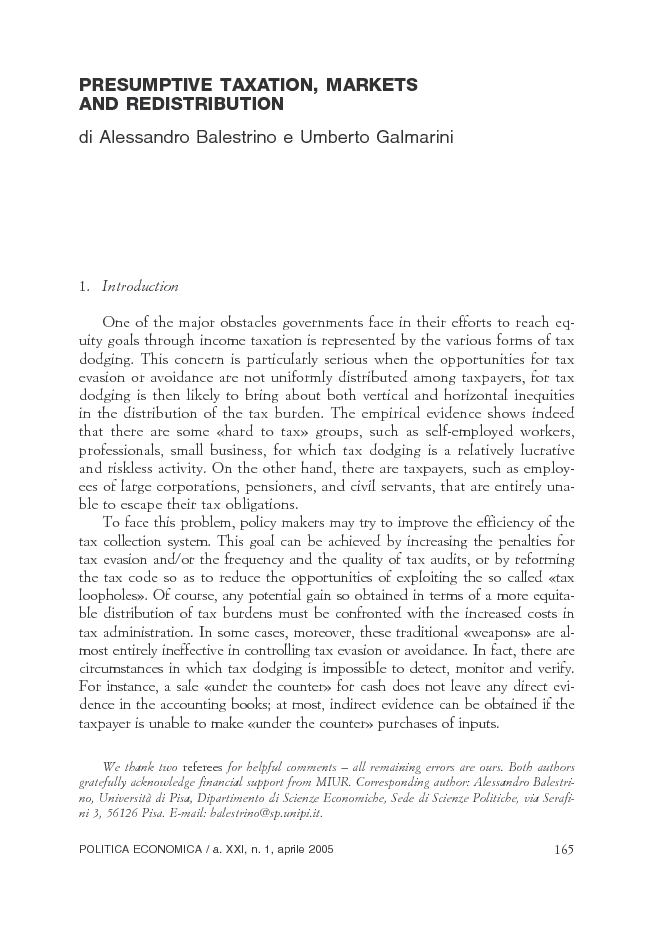