Collective bargaining at company level has not been particularly widespread, especially at small firms and in the South. The Bank of Italy's survey shows that performance-related wage premia have been paid irregularly and have involved only small amounts. Nevertheless they have fostered a gradual widening of regional and skill-based wage differentials. In 2002-07 the earnings items set at company level, in addition to the contractual minimums, averaged 14.9 per cent in industrial firms; 6.7 per cent only for firms below 50 workers. Controlling for firm size and characteristics, the company-level component of earnings was some 5-6 percentage points lower in the South than in the North for production workers and 8-9 points for clerical workers. The original finding of the study is that just 10 per cent of employees in the North earn only the nationally fixed contractual minimum, compared with 30 per cent in the Centre and over 40 per cent in the South. A short examination of geographical wage differentials, controlling for sector, and firm size concludes. 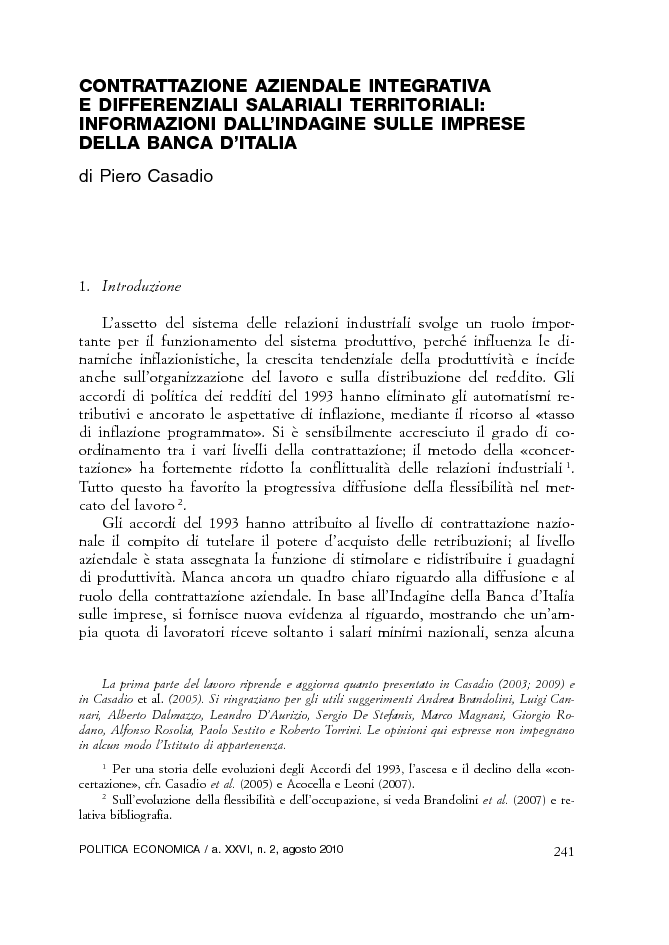