I investigate the public-private pay gap using Italian microdata covering the period 1980-2006. Even after controlling for observable characteristics of the labour force, I find a positive wage premium for the public sector, almost negligible during the eighties and averaging at about 12 percent in the period 1993-2006. While the pay gap for women and workers in southern regions turns out to be higher than the average in the whole sample period, the greater advantage from working in the public sector that low-skilled workers seemed to enjoy up to 1995, disappears afterwards. Moreover, whereas managers in the public sector appear almost always penalized relatively to those working in the private sector, for workers with graduate or post-graduate degrees the wage differential is negative before 1993; afterwards it becomes positive, and starts exceeding the average premium in 2000. Finally, a simple comparison of GDP growth rates with public-private wage differentials shows a negative correlation between these two variables. After relatively favourable macroeconomic conditions during the eighties, a slowing in the economic activity accompanied the observed widening of the pay gap. 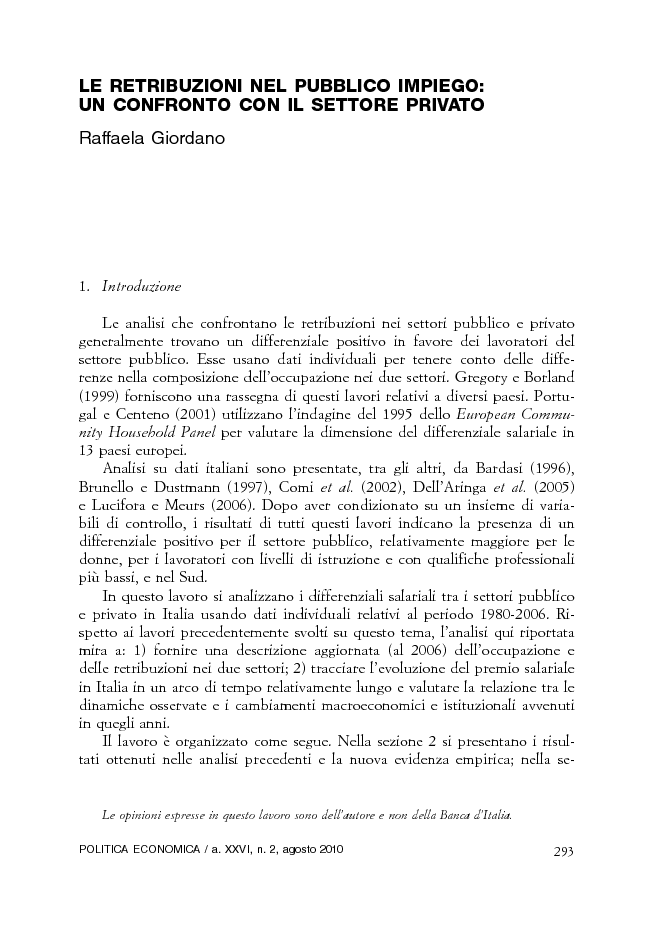